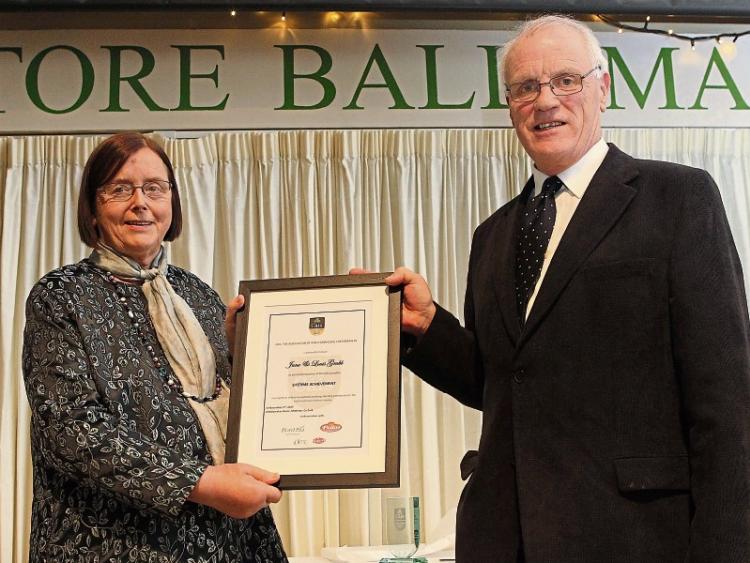 There was excitement in the air and delicious artisan fayre on the menu as distinguished guests, nominees and judges gathered together on Thursday last for the eagerly-anticipated Cáis Irish Cheese Awards 2017, which took place at the fabulous Ballymaloe Grainstore.

In fact, it is the only competition that involves and awards only Irish-made cheeses and it receives great support from key sponsors Pallas Foods and Bórd Bia, along with Horgans Delicatessen Supplies and the Traditional Cheese Company. This year’s event, the second in its current format, was also greatly assisted by Sheridans Cheesemongers and Geneely Foods.

The evening got off to an elegant start as guests arrived to a welcome reception of prosecco and canapes, accompanied by music performed by a solo cellist. As the night moved on, MC for the evening, publisher and editor Ross Golden-Bannon, provided the perfect monologue throughout the ceremony and ensured that each transition of the evening ran smoothly. Following the opening address, a welcome speech was given by acting Chair of Cáis, Louis Grubb, and without further ado, it was time for the first of the awards to be announced.

The difficult job of choosing the winners in each category was left to the highly-experienced panel of judges, which was headed up by Eddie O’Neill of Teagasc and included valuable input from Mia Buckley of Musgraves; Clifford Webb of La Rousse Foods; Ros Windsor of Paxton and Whitfield; Stephanie Ciano of World’s Best Cheeses; John McKenna of the McKennas’ Guides; Astrid Dalman of Fallon & Byrne and Paul McSweeney, Head of Food and Nutritional Sciences at University College Cork. The judging process began from early morning on Thursday 2nd November and was finalised just a few hours before the ceremony began; all in good time for guests to arrive and eagerly take their seats.

Speaking about this year’s stiff competition, Eddie O’Neill of Teagasc said: “It was extremely difficult in certain categories to pick an outright winner as the standard was through the roof. We are all aware of the talent that exists all over Ireland within the food sector, but to see the extent of amazing produce that the numerous producers involved in this year’s awards are putting forward is both mind-blowing and hugely exciting. I think I echo the sentiment of my fellow judges when I say that I was so proud to be a part of this year’s selection process.”

The evening was filled with whoops of celebration from the various winners across all 15 categories, but it was the Supreme Champion Award announcement that was met with the biggest drumroll of the evening.

The coveted award was presented to delighted winner Tom Burgess of Coolattin Cheese for his Mount Leinster Cloth Bound Cheese by Tara McCarthy of Bord Bia and the winner’s speech received rapturous applause. To mark this achievement,

This huge moment was followed quickly by the presentation of the Lifetime Achievement Award, which was handed over to Jane and Louis Grubbs from Cashel Blue in honour of their incredible accomplishments within the field of Irish cheesemaking.

The buzz and excitement of the evening carried through to the early hours of Friday morning as guests danced the night away to the stylings of The Gardeners band.

Commenting on another hugely fruitful Cáis Irish Cheese Awards, Bord Bia’s Tara McCarthy said: “What an honour it was to be a part of this evening’s proceedings! To see such a wealth of expertise and talent at play within one room is an amazing thing and it instils great confidence in me regarding the future of Irish cheese. This country is up there with the best of them when it comes to the quality and reputation of the cheese we produce and to see our homegrown brands receive the recognition they deserve, not only here at home but also on an international level, is a very satisfying feeling.

“I would like to congratulate all of winners and to commend everyone involved in the 2017 Cáis Irish Cheese Awards for making it yet another hugely successful and enjoyable event!”