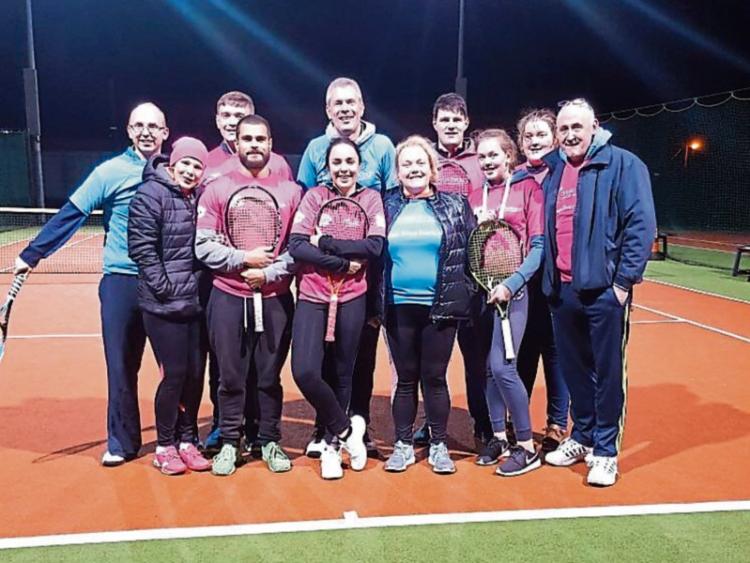 It wasn’t weather for the faint hearted but this didn’t deter the many children and adults who took part in the hugely successful 24 hour ‘Tennisathon’ last weekend in Larkspur Park, Cashel, in aid of cancer research.

Great credit must go to tennis coach Jaco Oosthuizen who organised the marathon with the help of Michelle Buckley, Aidan Muldoon, Tony McCarthy and the other committee members.

The event which started at 2pm on Saturday 11th and finished at 2pm Sunday included non-stop tennis and challenges such as the fastest serve, beating the champs and target hitting.

It was a great feat by all who participated but especially for Jaco who stayed up for the 24 hours followed not far behind by  club member Gavin Ahern who had to take a break to go to work Saturday evening but managed to return for the remainder of the night. 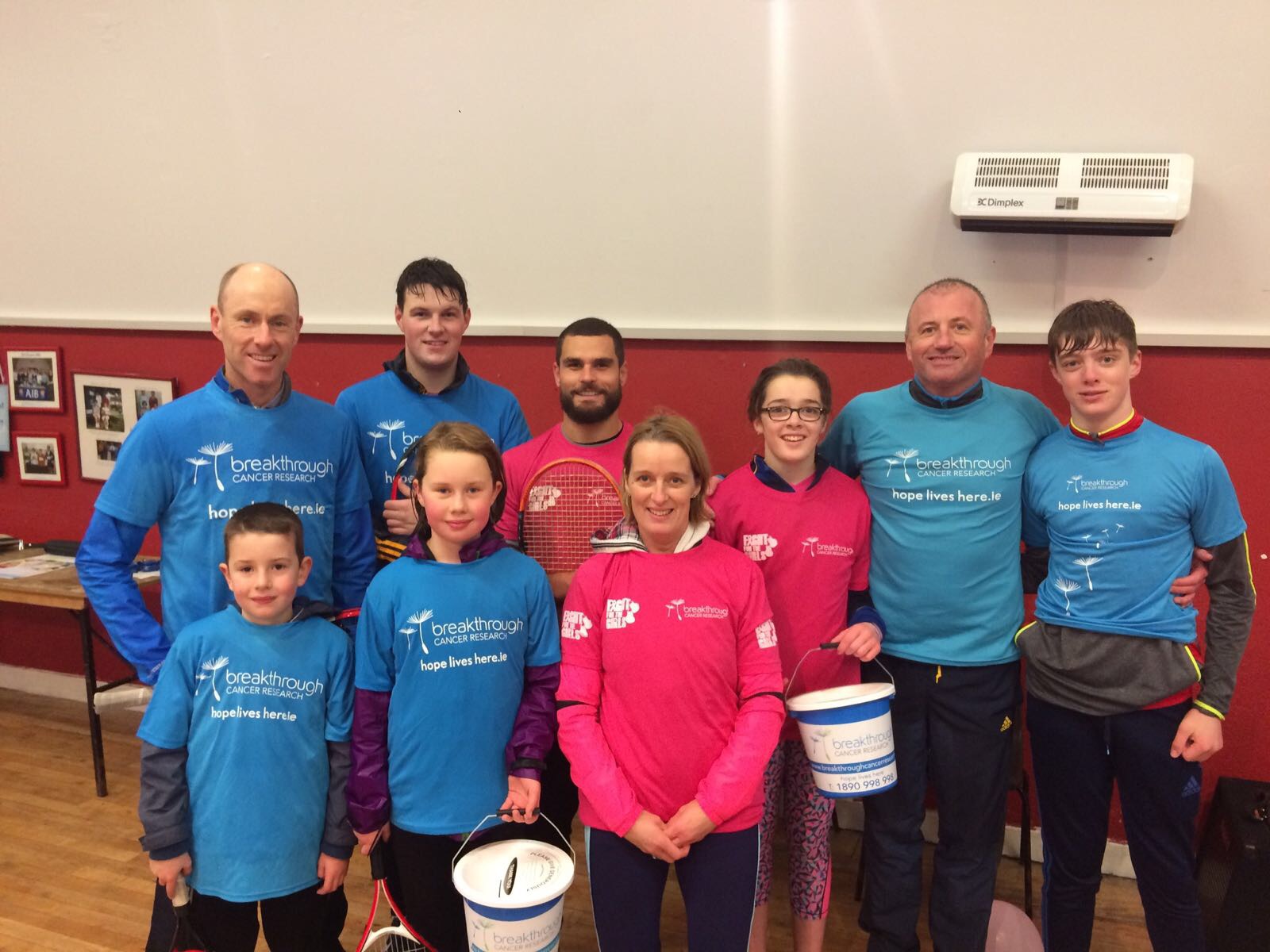 Special mention has to go to the younger members for their enthusiastic participation and the amount of sponsorship they collected.

Almost €4000 was raised and will go to Breakthrough Cancer Research which is an Irish medical research charity which funds the development of new treatments for cancer.

Thank you to all those who were involved in the organisation, those who took part and those who so generously donated. 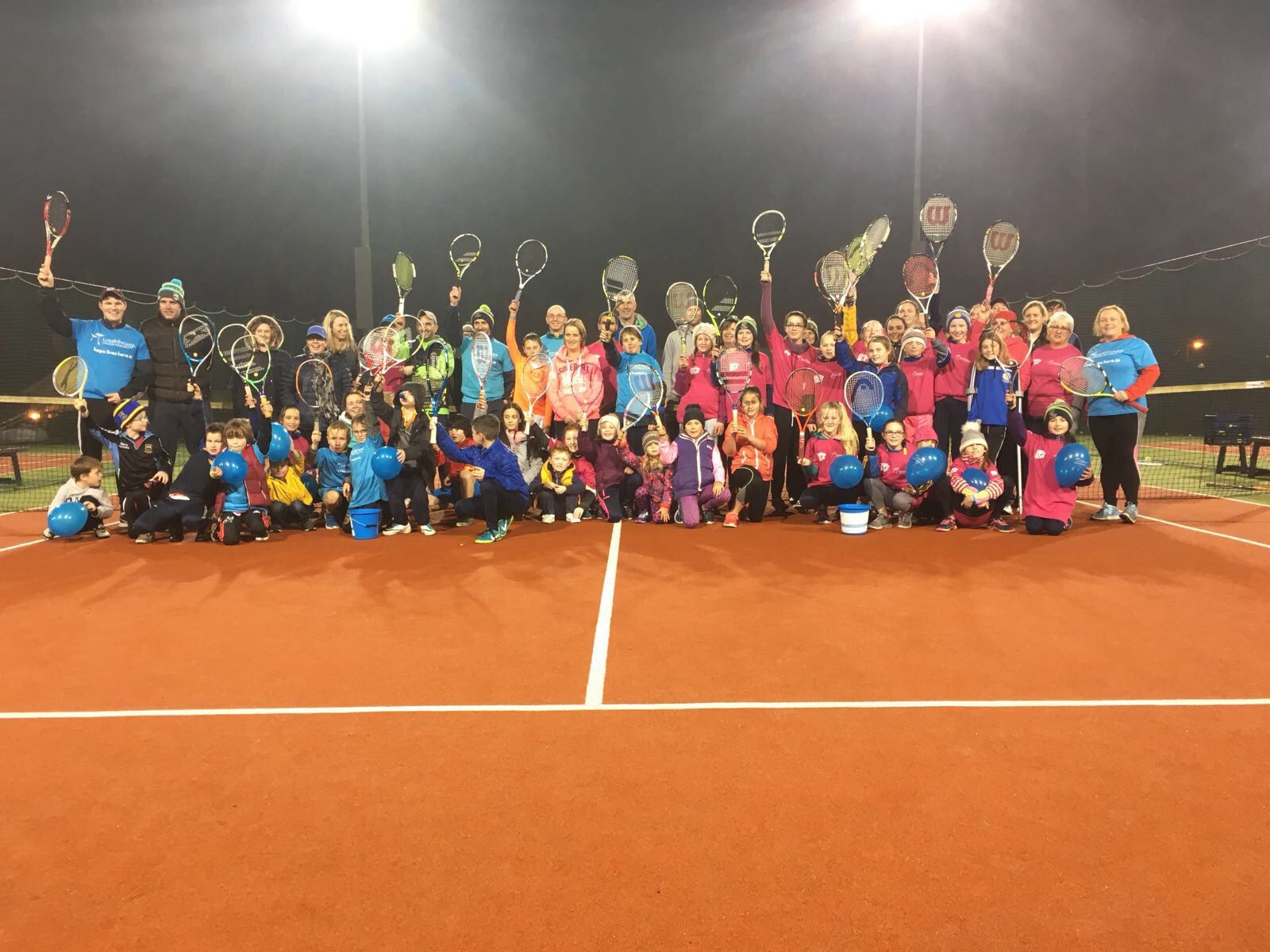