Tipperary is ranked sixth highest for road deaths in 2017 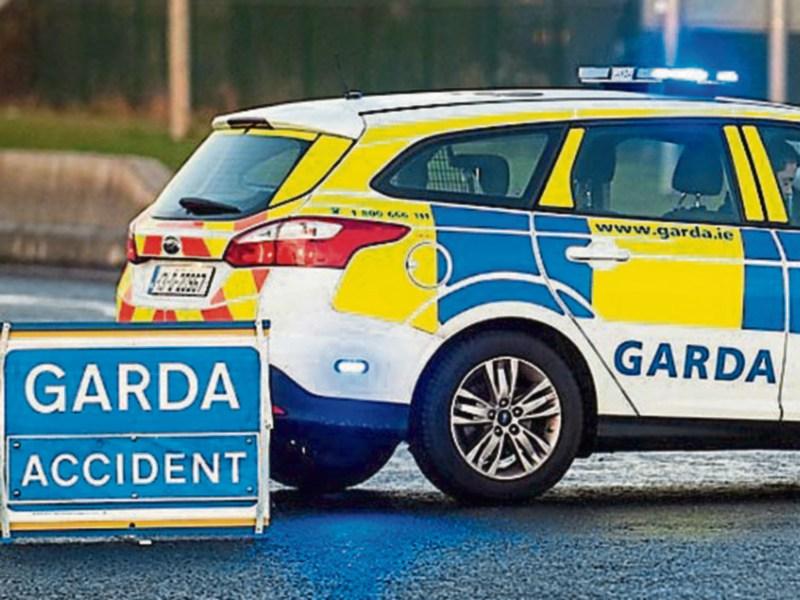 Road deaths in County Tipperary in 2017 were the sixth highest in the country, figures released by the Road Safety Authority reveal this week.

The County had eight deaths last year, a figure only eclipsed by Dublin, Cork, Mayo, Louth and Meath, with Kerry and Monaghan also experiencing eight fatalities.

However, it was a drop of five from 2016 when 13 people lost their lives on Tipperary roads.

Laois, Leitrim and Westmeath had the lowest number of deaths, with one in each county.

However, the good news is that the Provisional road collision statistics for 2017, show that there has been a 15 per cent drop in road deaths in 2017 compared to 2016.

Road fatalities were spread evenly month by month, but April had the lowest at seven, while November saw the highest at 17.

A quarter of fatalities (39) occured between 12pm and 4pm while there were 32 deaths between midnight and 6am. Of these, 91 per cent were between Friday to Monday morning.

Not surprisingly, there were more deaths on rural roads than in urban areas, with 116 fatalities in rural areas compared to 40 in urban settings.

Young and old drivers are most likely to be involved in a fatal accident, with 33 deaths in both the 16-25 age group and among those over 66 years.

One of the worrying trends is the number of cyclists being killed on Irish roads, with 15 cyclists dying in 2017, the majority (13) during daylight hours. A total of 10 cyclists died in 2016.

Commenting on the release of the end of year road safety figures, the Minister for Transport, Shane Ross, said: “It is very encouraging to see that we have reversed the upward trend in road deaths witnessed in 2016. The combined focus on improved legislation, greater enforcement and road safety campaigns all played their part in saving lives.”

However, Minister Ross said that we still needed to continue efforts if we are to achieve the objective of reducing fatalities to 124 by 2020. Ultimately our aim should be zero deaths on our roads.

The Minister said that a vital tool in helping to reduce deaths and injury further is the new Road Traffic Bill (Amendment) 2017.

The Bill proposes a change to the penalties for drivers who chose to drink drive at blood alcohol concentration levels between 50-80mg.

It is a move that has been criticised by some rural TD, including Deputy Michael Lowry, who said in December that the measure was “excessive and targets rural Ireland”.

Deputy Jackie Cahill is also opposed to the proposed changes, saying last month that it was “the final nail in the coffin for rural areas”, and that it would cause rural isolation and social isolation, leading to mental health problems.

He also said it would stop people going to their local pub for a game of cards and would “send tremors down the backs of people who enjoy one or two drinks in their local hostelry”.

However, Minister Ross this week said: “I implore all members of the Oireachtas to allow its unimpeded passage so that its life saving measures can be introduced without delay.”

The Minister welcomed the commitment from An Garda Siochana that the 2017 increase of 10 per cent in the Traffic Corps will be repeated in 2018.

Liz O’Donnell, chairperson of the RSA said, "While one death is one too many the only way we can measure success or failure in road safety is by recording the number of deaths on our roads.”

She said that the drop in deaths in 2017 was a very welcome development and whatever the reason for it, the main factor was ultimately as a result of the decision of every road user to change their behaviour for the better.

However, she said that she was concerned that this downward trend will not be sustained in 2018 and beyond. “There must be a concerted effort on the part of Government, Government Departments, agencies and the public to continue to implement the measures in the Government’s Road Safety Strategy,” she said.

Assistant Commissioner Michael Finn, Garda National Roads Policing Unit, thanked all drivers who slowed down, wore their safety belt, put the mobile away and most importantly did not drink or take drugs and drive. All road users played a part in making this the safest year on record – but we can never be complacent and we can always do more to reduce road fatalities further.