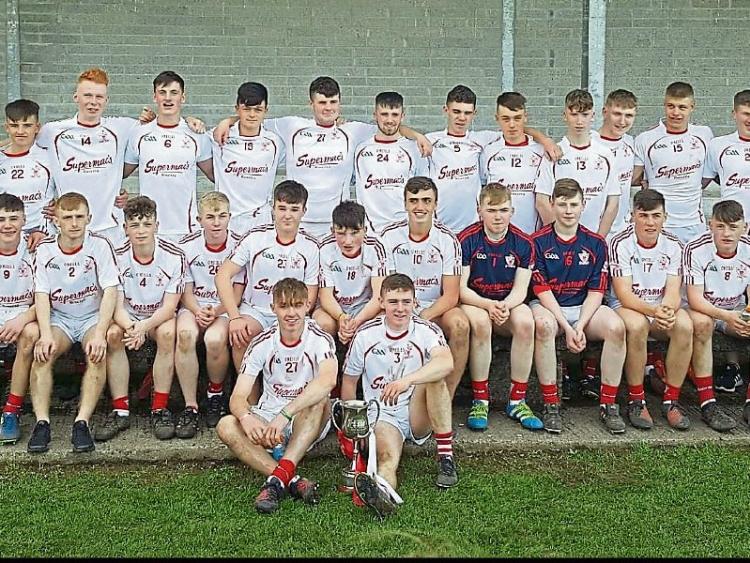 The former Governor of Mountjoy Prison, inspirational speaker and exponent of Community and Community values, John Lonergan will be Guest of Honour at the 20th Roscrea Regional Sports Star Awards to be held in the town’s Racket Hall Hotel on Friday, February 16th at 7.30pm.

Mr. Lonergan who is from Bansha, Co. Tipperary has spent 42 years with the Irish Prison Service, 25 years of which as Governor of Mountjoy Prison in Dublin. Mr. Lonergan is a visionary supporter of community and its development.

Tickets for the Presentation Dinner Dance at which Mr. Lonergan will speak are available through the Secretary of the Organisation Committee Marie Tooher (0505 21566). The individual award winners are profiled as follows:

Christy Jones burst on the hurling scene in June 1963 and went on to to successful career with his Borris-in-Ossory club up to 1982 being part of all their winnings teams and on his transfer to Kilcotton was to play a equal greater part in their successes.

It was an unforgettable year for Our Lady’s Secondary School – Templemore (The Harty and Croke Cup). The Harty final against Coleman’s of Fermoy was played at the Gaelic Grounds in Limerick on February 18th, with Coleman’s proving to be no match for Our Lady's, ending on a score line of 2-22 to 1-6. The final of the Croke Cup campaign took place against St. Kieran’s College, Kilkenny on 25th of March in Semple Stadium, a thrilling encounter which ended with the cup being presented to proud Captain, Paddy Cadell.

Ciaran McEvoy's achievments in Hurling and Gaelic Football include Captaining Portlaoise U14 hurlers to a Feile title, and winning Laois Senior Club football titles in 2014, 2015 and 2017.

Nicole Drought claimed her first win in 2016 in the ITCC, becoming the first woman to win in the series. She also made her sportscar debut in 2016, racing a Global GT Light at Anglesey Circuit in the UK, where she qualified second and finished fourth.

Kenny Lee joined Nenagh FC in 2017, and had a 90 goal season for the club and North Tipp and trials combined. Kenny also captained the NTSFL North Tipp team in 2017 for the Kennedy cup.

Team of the Year Award

Roscrea Minor Hurling Club went undefeated in 10 championship games winning both North and County Tipperary titles in 2017. In the group stages of the North championship they had wins over Lorrha Rovers, Kilruane McDonagh’s, Toomevara, Silvermines, Nenagh Eire Óg and Kildangan. This qualified them for a semi-final where they defeated Kilruane McDonagh’s on a score line of 1-15 to 0-12. In the final versus Toomevara they emerged victorious 1-19 to 3-8. In a game that will be remembered for decades they played Cashel in the county semi-final. But like all great teams they saved their best performance for the biggest day and defeated a hotly fancied Moycarkey Borris team in the county final by 3-12 to 0-14 points.