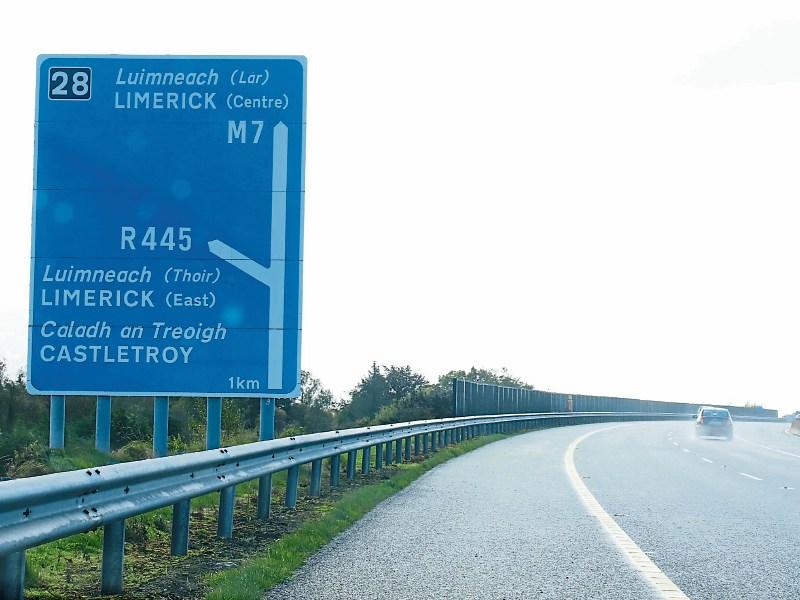 People will continue to die on the M7 between Roscrea and Birdhill unless works are carried out on it, according to local TD Alan Kelly.

The Labour Deputy told the Dail last week that if consideration wasn't given by Transport Infrastructure Ireland (TII) to realigning the on / off ramps at Moneygall and Roscrea as well as engineering works at Birdhill then “people will die”.

“I believe that will happen in the near future,” he told Minister for Transport Shane Ross during a debate on the motorway last Thursday.

Deputy Kelly acknowledged that the area was subject to weather patterns because of its location, but emphasised that there were “definitely engineering issues”.

He appealed to Minister Ross to consult with TII and provide them with funding to carry out an analysis on the stretch of roadway and why there were so many accidents on it.

“This is one of the busiest routes in Ireland. Everyone knows Obama Plaza at Moneygall, and Birdhill gives access to a whole range of areas. Templemore and Roscrea are on the one road, so please look at that,” he said.

Deputy Kelly made his appeal following a collision on January 16 near Birdhill which resulted in the deaths of John F and Mary Elizabeth Powell of Crenode, Ballinclough, Nenagh.

Both were laid to rest together in Ballinaclough cemetery last Sunday following their funeral service in St Mary's Church of Ireland, Nenagh.

Two days after the crash which claimed the lives of the Powells, there was a 13-car pile-up between Moneygall and Roscrea.

Weather conditions were not good at the time, with sudden hail showers hitting the areas.

Last March, Padhraic Moran from Kerry, but who had been living in Limerick, died when his car was involved in a 12-car pile up on thet M7 at Newport. That accident also happened during a sudden severe hail shower.

The Transport Minister said he hoped to launch an attack on speeding and that campaign would apply to the M7 as well as other roads in Ireland.

There is no suggestion that any of the accidents over the past while were related to speeding.

“TII is acutely aware of the difficulties on this road,” he told Deputy Kelly. “Any further pressure you bring to bear on TII or on me will be more than welcome.”

He said the TII's commitment to road safety was “not in doubt” and outlined the agency's plans to replace fencing along the M7 following fears that it may be impacting on deaths and injuries in crashes.

Minister Ross said that TII had started a programme of renewing fencing in conjunction with Tipperary County Council and it was hoped to have it fully replaced this year.

The announcement was welcomed by Cllr Hughie McGrath who raised the issue in the past number of weeks.

“I believe that fencing has caused unnecessary deaths in collisons,” said Cllr McGrath.

The Nenagh councillor said he had also asked TII to look at aquaplaning on the carriageway, saying he believed the problem was being caused by a lack of screening along the motorway.

“High winds would appear to be holding the water back where the fall may not be great enough. There is a need for hedging on both sides of the motorway to screen it from wind,” he said.