'Picking up the Threads' exhibition at the Tipperary Excel 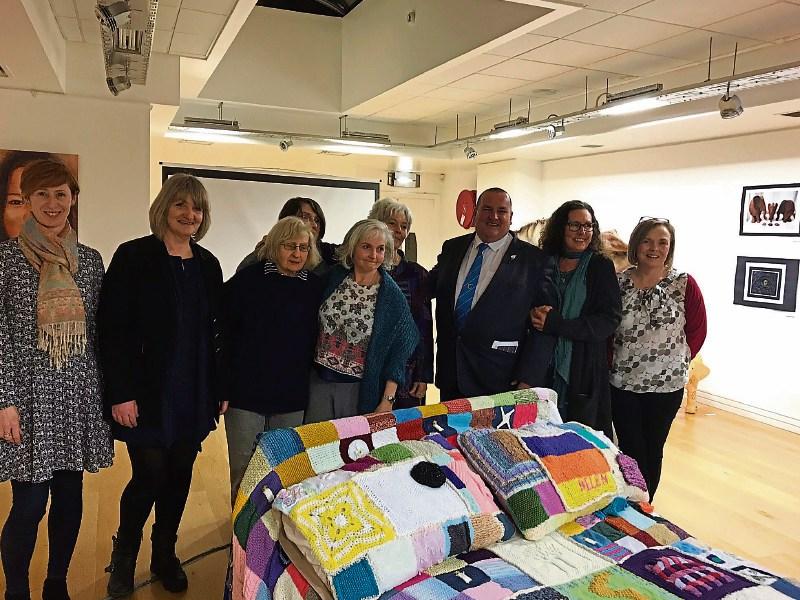 Cllr Martin Browne, (centre), with guests and friends on the opening night of ‘Picking up the Threads’ in Tipperary Excel.

Cllr Martin Browne was happy to launch the 'Picking Up The Threads' exhibition in the Excel last Friday night.

1)the number of maternal deaths

2) the need for an inquest into all maternal deaths

The Cashel-based Sinn Fein Councillor is encouraging the public to visit the Excel centre in Tipperary Town and to view the exhibition and he assures the public that they won’t be disappointed. “This exhibition is touring the country and this is probably the only time that it will be in the county. It is open until next Thursday,” said Cllr Browne.