Recognition for a life of dedication 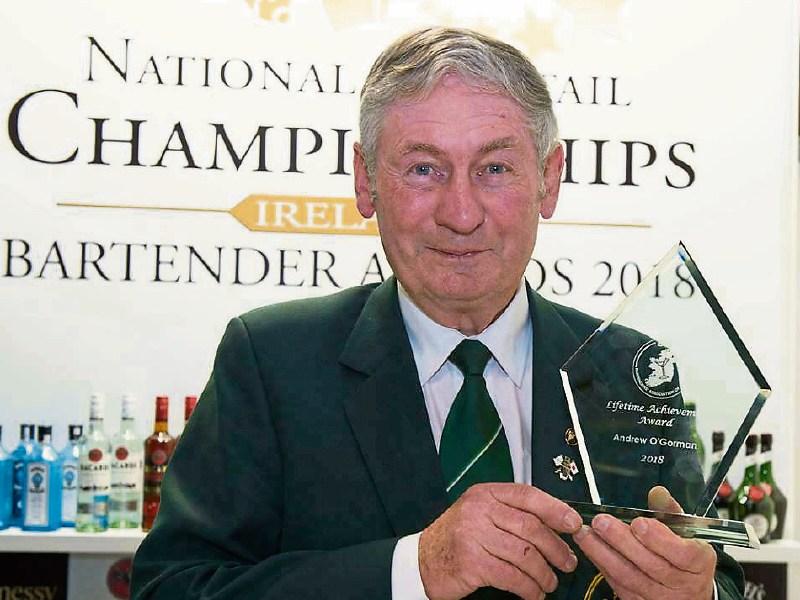 A Tipperary barman has been presented with a Lifetime Achievement Award for dedicating his working life to the education and career advancement of bartenders.

Andrew O'Gorman, who is originally from Newport, Tipperary, was presented with a Lifetime Achievement Award by Declan Byrne President Bartenders Association of Ireland at the National Cocktail Championships and Bartender Awards held at Citywest Convention Centre.

Byrne said that Mr. O'Gorman had dedicated his working life to the education and career advancement of bartenders up to his retirement from Dublin Institute of Technology eight years ago and has always given 100% support to the Bartenders Association of Ireland since he joined in 1974. He began his career in 1959 as a bartender at Bourke Bros. Bar, Lower Grand Canal St., Dublin currently known as Becky Morgans.

Byrne went on to thank Andrew for his personal support and friendship over the years and said he was very deserving of this award. He said that he was proud to present this Lifetime Achievement Award on behalf of all the Bartenders in Ireland. 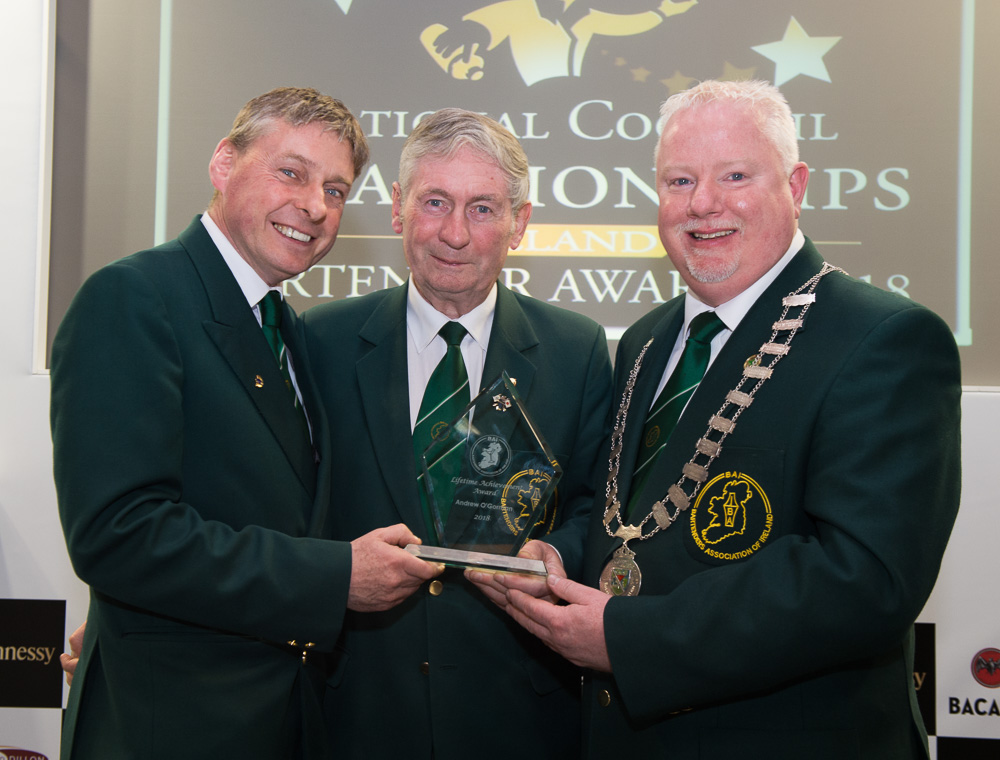 On receiving this honour O’Gorman stated “that he was humbled and proud to receive such an honour particularly with such a great family of bartenders in attendance here today and particularly in the presence of our guest judge Hidetsugu Ueno International Bartender of the Year from Bar High Five, Ginza, Tokyo, Japan at the National Cocktail Championships. I visited Hidetsugu Ueno in his bar in Tokyo a few years ago and I will always remember him for his professionalism and welcome. I have been involved with the Bartenders Association of Ireland for many years and have held the positions of President, Secretary, Treasurer and Education Chairman. I am also an Honorary Life Member. I wish to thank Declan Byrne President whom I have worked with closely for many years and look forward to travelling with him to Estonia in October for the World Cocktail Championships and hopefully our competitor will bring back gold.”

Andrew was born in Newport and raised in Emly. He has published a number of books on the licensed trade and has acted as a judge at various competitions nationally and internationally. He has attended the International Bartenders Association World Cocktail Competitions and Congress in various countries since 1979.

He received an International Journalist Award in 2013 at Villa Nobel, Sanremo, Italy. This award is dedicated to the best journalistic or literary works that have as their theme the profession of the sommelier (wine).

He is currently a committee member of the Tipperary Association Dublin, Secretary of the Irish Guild of Sommeliers and Treasurer of the Bartenders Association of Ireland.