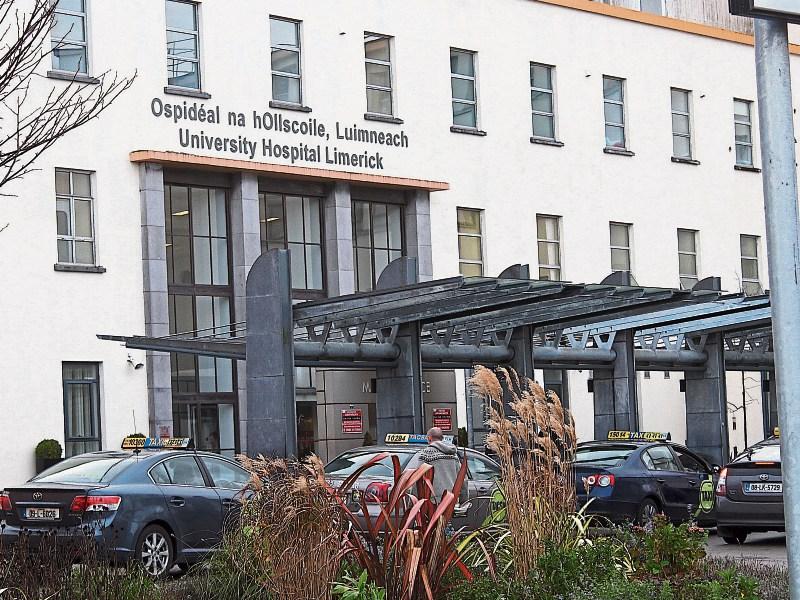 The Emergency Department at University Hospital Limerick is “breaking every rule in the HSE book” because of the high number of people on trolleys, according to Cllr Seamus Morris.

The Independent councillor wants Nenagh Municiapl District Council to write to the fire officer in Limerick expressing its concerns over overcrowding at the facility.

“I want to know if the fire certificate for the ED covers what is happening,” he said. “I am worried that if a fire broke out people would die.”

Cllr Morris made his appeal after he said that he had to take two days off work for an operation that took a couple of hours.

“We can't keep turning a blind eye to what is happening in there,” he said.

Cllr Morris said that when hospitals in the Mid West were reconfigured under the Hanly Report, they were told that would be the “panacea for everything”.

He said the report had proposed spending €320m on health services in the Mid West, but that was not done.

He pointed out that there was a hospital in Nenagh, Ennis and St John's in Limerick.

“Why can't we reopen the EDs in these hospitals?” he asked, saying the new ED in Limerick hadn't worked and people had no dignity the way they were being treated.

He was supported by Cllr John Carroll, Nenagh MDC Cathaoirleach and a member of the Health Forum West.

“I often carry out spot checks and it can be a harrowing exprience,” he said.

“We were misled by Hanly. We should devolve greater power to Nenagh, which always had a great and proud record. There is a degrading and inhumane system in Limerick,” said Cllr Carroll.

“I don't know what the problem is,” said Cllr Ger Darcy. “The new ED cost €26m, and there is a bottleneck and we can't pull it all together.”

He said that the Local Injury Unit in Nenagh was “excellent”, but that is was probably not being used enough.

Meanwhile, this Monday, University Hospital LImerick appealed to people to look at other care options rather than attend the ED.

The plea came as Trolley Watch revealed that there were 65 people waiting on beds in Limerick, with one person waiting for a bed in Nenagh.

There were 33 people waiting for a bed in South Tipperary General Hospital in Clonmel.

UHL said that, while no one would be turned away from ED, they should consider attending their GP or the Local Injury Clinic for non-emergencies.