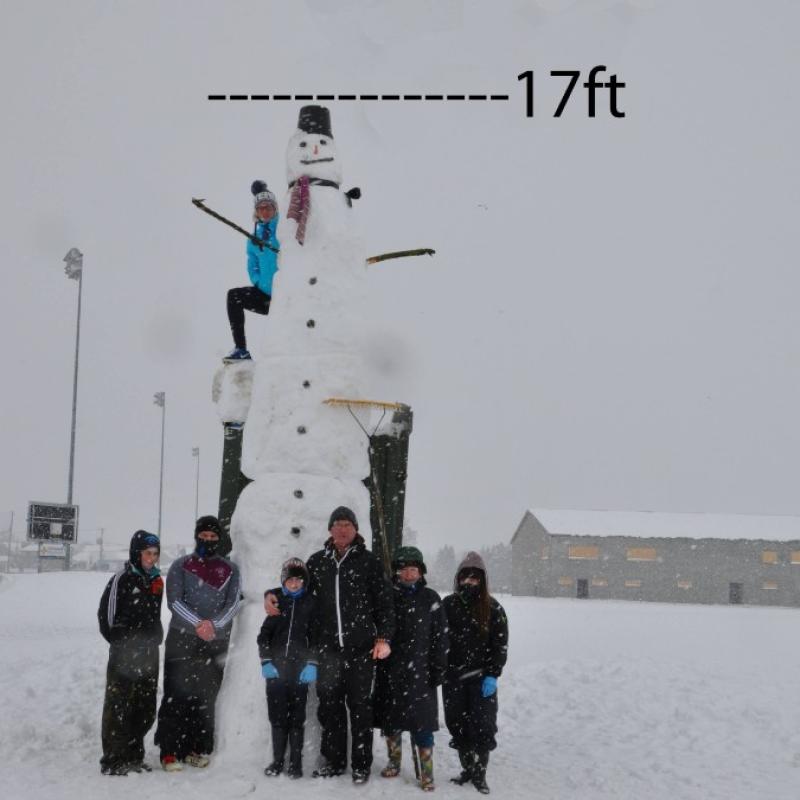 A Tipperary family have reached new heights thanks to their 17 foot tall snowman aptly titled ‘Beast.’

The Ryan family, along with neighbour Biddy Hurley, from Borrisoleigh worked for four and a half hours straight to construct the 17ft ‘beast from the east’ in Borrisoleigh park earlier today and understandably he has already become something of a tourist attraction in North Tipperary.

"We've had people coming in all afternoon taking their photos with him. And we had to call him the 'Beast from the East' for the day that's in it," jokes Mike Ryan who said the group worked non stop all morning, hardly taking a break for breakfast.

Armed with three pairs of gloves, four jackets and five pairs of socks each, the group wrapped up warm and headed out into the frosty air to create one of the biggest snowmen in the country.

"Our neighbour Biddy Hurley came down to us with black pudding wrapped in tinfoil and hot tea and we worked through all morning. We didn't set out to build him as big as we did but there was so much snow we had to keep going. We felt under pressure at the 12 foot mark but my sons were able to climb and keep building upwards," Mike told the Tipperary Star.

"It's all just a bit of fun and something for the kids to remember," he adds.