Tipperary family ‘overwhelmed’ by generosity after €17,000 is raised for Mikey Doran fundraiser 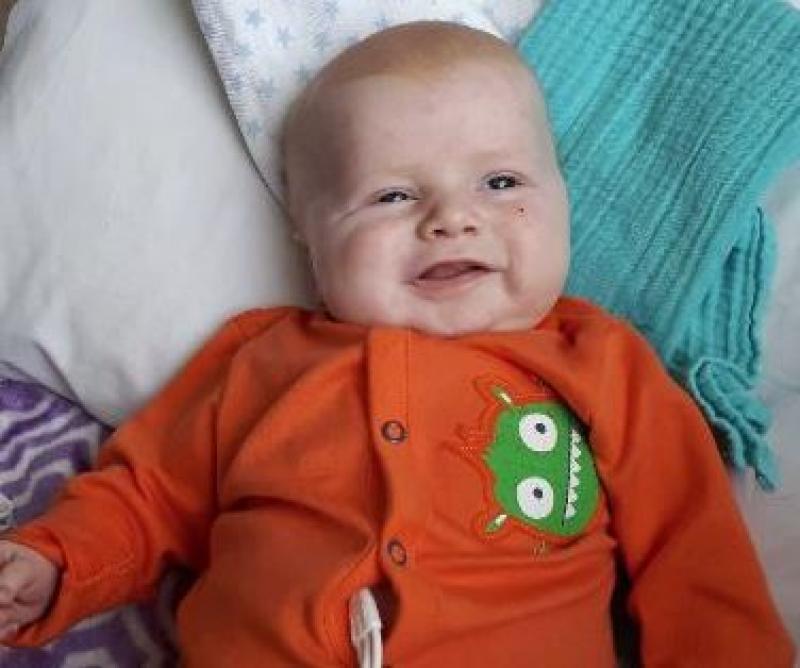 The family of a three month old baby battling leukemia have said they are “overwhelmed” by the support they have received from the public after €17,000 was donated to the ‘Help Baby Mikey’s Family’ appeal in just over two weeks.

Parents of little Mikey, Nicola Skehan and James Doran, say they have been ‘blown away’ by the support and kindness they have received following their youngest son's shock Leukemia diagnosis when he was just ten weeks old in February.

To date a total of €17,345 has been raised through the ‘Help Baby Mikey’ appeal after Cavan based photographers Milca Gabb and Andy Wilson, who got to know the Doran family though their work with children’s cancer charity Aoibheann's Pink Tie, set up the GoFundMe account to help the family with living and day-to-day costs such as travel, accommodation, food and supplies, as well as costs incurred with Mikey's treatment.

In 2016 the Doran family sadly lost their youngest son Sean to childhood cancer when he was just five years old. The brave youngster had been diagnosed with stage 4 neuroblastoma in March 2014 and underwent rounds of chemotherapy, surgery, blood transfusions, stem cell transplant and immunotherapy in a bid to fight the aggressive illness.

However in May 2015, the  went into remission when a tumour was discovered near his eye and tests showed the cancer had spread to his eye and his bones.

Sean sadly passed away in February 2016 at the age of five and since then his family have worked tirelessly to raise thousands of euro for children's charities in memory of their son, including the Make A Wish Foundation, who helped make a dream come true for the farming mad little boy when he got to spend two days working on a farm in Wexford, driving tractors and feeding animals.