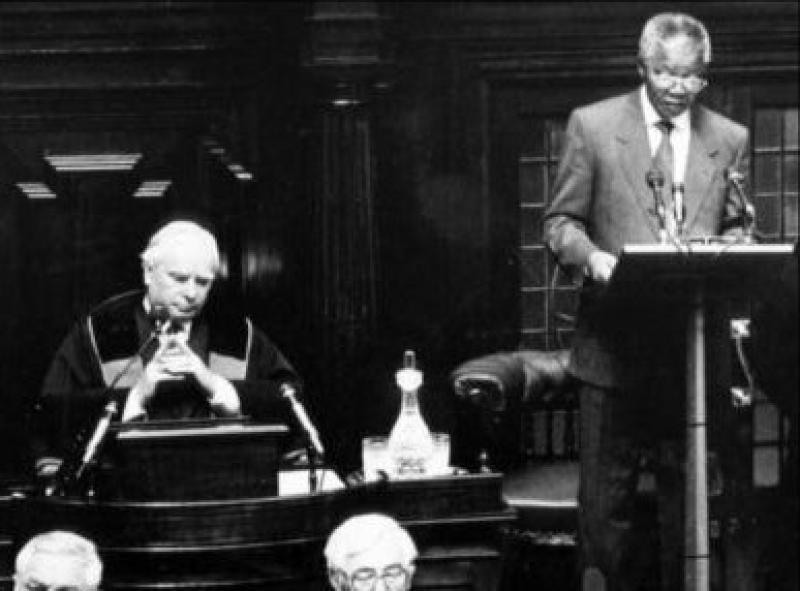 The death has occurred of former Ceann Comhairle Sean Treacy.

Mr. Treacy, who was 95, passed away at the South Tipperary General Hospital in Clonmel on Friday.

He was first elected to Dáil Éireann at the 1961 General Election and was re-elected in seven subsequent elections, and returned automatically in three more as Ceann Comhairle.

He left the Labour Party in 1987 and was elected as an Independent TD at the General Election that year.

In 1981 he replaced Eileen Desmond who resigned as an MEP when she was appointed Minister for Health and Social Welfare. He was a member of the Irish Presidential Commission during the presidential vacancies of 1974 and 1976. He retired from politics at the 1997 general election.

During the course of a distinguished political career he also served as Chairman of South Tipperary County Council and as Mayor of his home town Clonmel.

He and his wife Kitty, who died some years ago, lived at Rossa, Heywood Road, Clonmel.

His remains will repose at O’Donoghue’s Funeral Home, Kickham Street, Clonmel on Sunday evening from 5pm, with removal at 7.30pm to St Mary’s Church, Irishtown.

Requiem Mass will be celebrated on Monday at 12 o’clock, with burial immediately afterwards in St Patrick’s Cemetery.

Mr. Treacy is survived by his family, relations and friends, to whom sincere sympathy is extended.