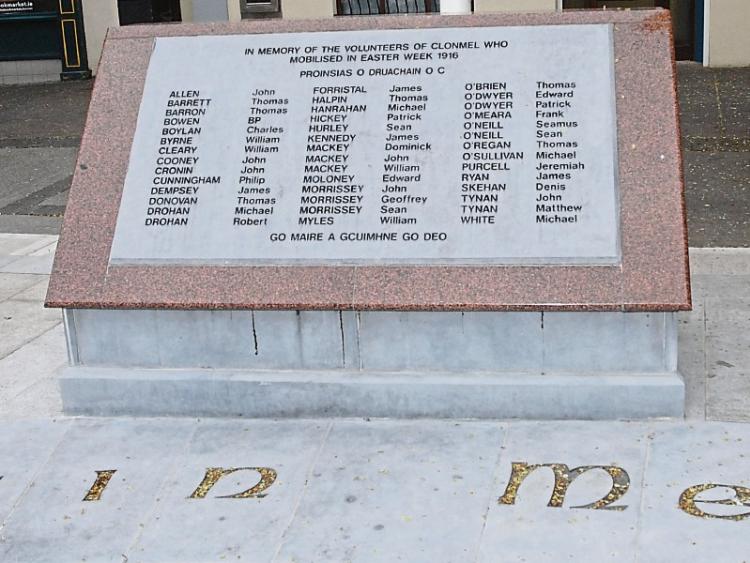 On Easter Monday the members of Coiste Spiorad 1916 will gather at the 1916 memorial at Clonmel’s Borstal Gate for a brief ceremony to remember the 43 Clonmel Volunteers who mobilised at  Easter 1916, and all those who answered the call of freedom at that time.

Since its installation at its present site during  the centenary of the Rising two years ago,  the monument, bearing the names of those local men who mobilised under Frank Drohan, has become a well-recognised landmark in the town and a source of pride to many families in the area.

The ceremony on Easter Monday will be a simple one and members of those families and all those who cherish the memory of those who answered the call of freedom on that Easter weekend 102 years ago year are cordially invited to attend.