Breaking: €30 million development on the site of Lisheen Mine to be confirmed this afternoon 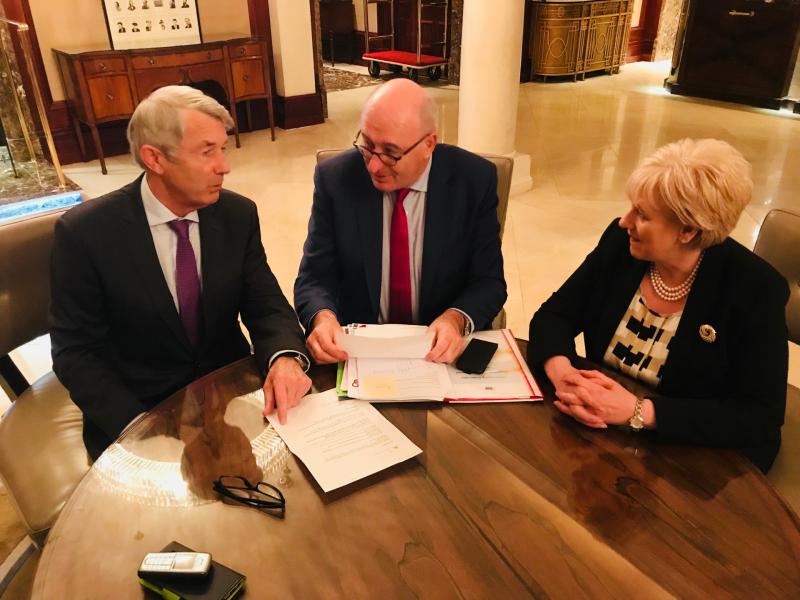 160 people to be employed directly and indirectly in the construction phase.

This afternoon will see a very significant announcement in relation to the former Lisheen Mine site just outside Thurles - an initiative that Deputy Michael Lowry, former Environment Minister Alan Kelly, and Deputy Jackie Cahill have all been central to advancing.

Independent Deputy Michael Lowry has confirmed that EU Commissioner Phil Hogan will today formally announce the sanction and funding of up to €30 million for a revolutionary bio-economy research project led by Glanbia Ireland. This exciting development will be based at the former Lisheen Mine Site which has been designated as a green energy hub.

This project has huge prospects for full time employment and it is conservatively estimated that it has the potential to create 300 permanent jobs. The initial site preparation and construction phase of the development will employ both directly and indirectly up to 160 people.

The project will involve the development of a new bio-refinery and will use technology which has been developed by Glanbia Ireland. When completed the bio-refinery will help in tackling the current environmental crisis created by waste plastic across the Country and the World.

"I am pleased to have made my contribution to ensure that this key development would be located at the former Lisheen Mine Site and I compliment all the agencies involved in the partnership which delivered this significant bio-refinery project.
I wish to thank Commissioner Phil Hogan and Minister Heather Humphreys for their support, cooperation and assistance throughout this complex and lengthy process," Deputy Lowry said. Deputy Kelly has been a driving member of the high powered group tasked with finding an alternative industry for the site and was instrumental in having Lisheen designated a bio-energy hub - the only one of it's kind in Ireland, and one of only three in Europe.

Meanwhile Fianna Fail Deputy Jackie Cahill has also played a key role in this development and has pushed for an agri-based industry which has the potential to create hundreds of jobs.

"This is tremendous news for mid Tipperary and for the county at large because basically we will be able to create products from waste from the agri industry and that's very positive," he said.