Killusty Pony Show on Sunday next is always special

Enjoy a day of sunshine in the shade of Slievenamon 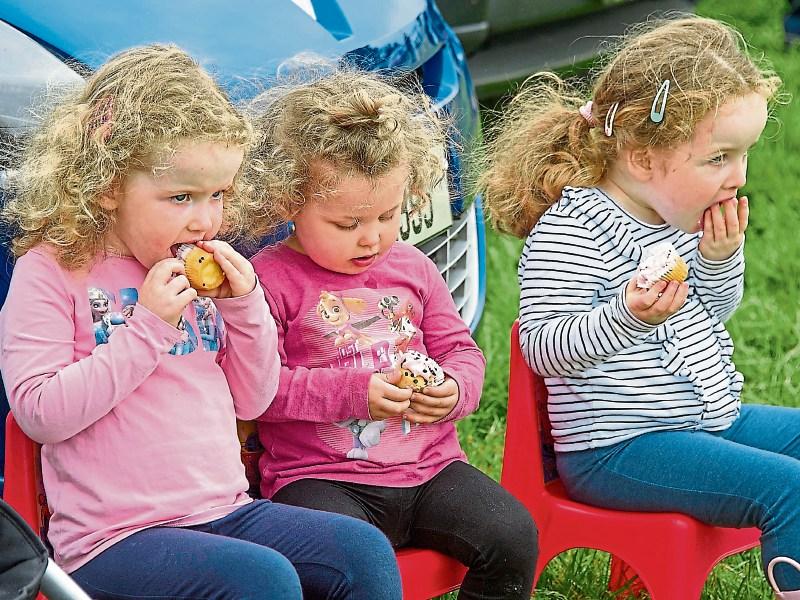 Having a welcome snack at the Killusty Pony Show are sisters Caoimhe, Freya and Siún Nevin from Fethard. Killusty Show is always a great family event also every summer.

On this coming Saturday, July 7, the 56th Annual Killusty Pony Show will take place at Claremore, Killusty, thanks to the kind permission of landowners, Noel Byrne and Barry Walsh.

The committee would appreciate some help on the day if anyone is interested and available, just come along and call to the secretary’s tent at the show.

Back in 1962, there was a surplus of good ponies in Slievenamon and in the surrounding areas, due partly to the presence of a number of high quality pony stallions standing at Kiltinan Castle owned by Mrs De Sales La Terriere. Killusty Pony Show was founded in that year to provide a shop window for these ponies. Fifty-six years on, Killusty Pony Show continues to expand and caters for all categories of ponies at its annual staging on the first Saturday in July every year.

Joan Mary de Sales La Terriere was one of the early luminaries of show jumping, born at Castle-Grace, on the estate of her father Samuel Grubb, a member of the local gentry.

As Joan Grubb, she first came to public attention by abandoning the convention of riding side-saddle, as was expected of women. She was the first woman to ride astride at the Olympia London International Horse Show, where her 'gentleman's' style of riding caused controversy, she persisted in doing so at other international competitions. Her riding career was cut short at the outbreak of World War One. After the war she married Lieut. Col. F.J.B. de Sales La Terriere, and had two children, Tadhg and Rory.