Shameful dumping of domestic rubbish in River Suir at Clonmel 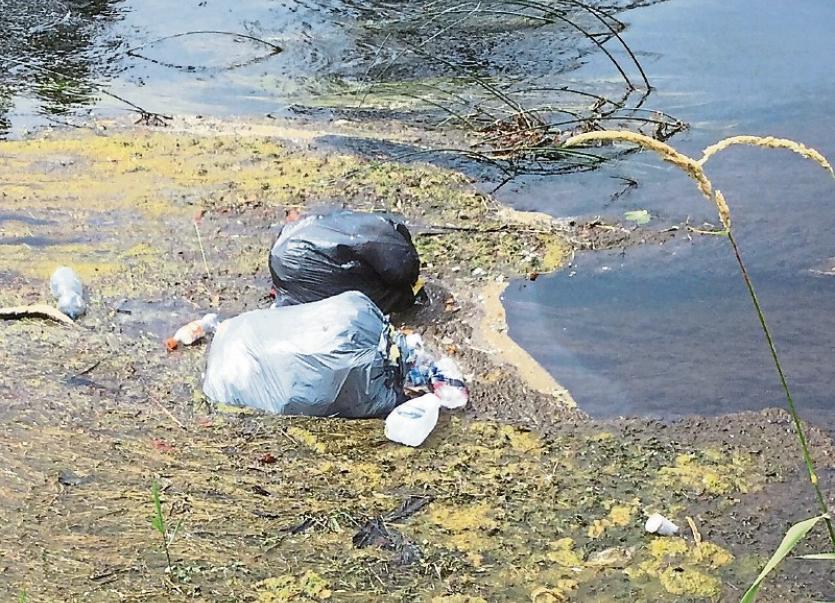 Just one of the many examples of dumping of domestic refuse into the River Suir at Ferryhouse, Clonmel.

The recent spell of good weather we have all been enjoying locally in South Tipperary for the past month or so gets us outdoors a little more than usual to enjoy nature at its best.

In Clonmel, one of the most popular pastimes for the locals this year - and for generations past - has been the beautiful riverside walk along the banks of the Suir, particularly the section from The Quay down to Sir Thomas’ Bridge at Ferryhouse.

Click here to see all the images of the illegal dumping

Over the past couple of years the government has invested heavily in developing this riverside walk (The Blueway) - now a cycle way also - from Clonmel all the way to Carrick-on-Suir, via Kilsheelan (approximately 13 miles of tarmacadamed surface). The facility is a godsend, so much appreciated by so many in South Tipperary and far beyond. But, sadly, not by all. Another example of shameful dumping into the Suir just below Carey's Slip at Moangarriffe.

The “Blueway” as it may well become known, has not been officially opened yet, but it will be very soon.

While availing of the walk on Saturday morning, to my shock and great disappointment, along that stretch from The Quay in Clonmel to the Anner Bridge, just below Ferryhouse, I encountered perhaps a dozen examples of illegal and shameful dumping of domestic refuse, most prominently in the area downriver of Carey’s Slip - the lay-by located just beyond Moangarriff Roundabout.

Who in the name of God is so small-minded to behave in such a manner as to desecrate something that is so special to so many of us, present and past? Just below the Gashouse Bridge at The Gables, a pram and a shopping trolley have found their way into the River Suir. And it wasn't the little girl who threw them in either!

This isn’t an innocent child, unknowingly discarding a sweet wrapper on the street; or is it a teenager late at night on the spur of a moment stealthily throwing away a chip bag (which in itself lacks civic pride and is disappointing). No, this is much worse. This is a conscious decision by appalling adults and horrible householders, to purposefully take their own domestic rubbish in a car to the riverside late at night under the cover of darkness and dump into into our beautiful Suir. All I can say is – Shame on you!

Maybe the time has come for CCTV to be installed at the Gashouse Bridge and Sir Thomas’s Bridge, and especially at Carey’s Slip where most of the illegal dumping seems to be originating.

And is anyone ever apprehended? And is anyone ever ‘seriously or deteringly’ fined if they are? This kind of behaviour by a small number of small-minded people needs to be highlighted, and we continue to do that in our newspaper (see link to another recent episode at the Mountain Road above Clonmel, highlighted by Aileen Hahesy in June).

The perpetrators need to named and shamed once and for all.