Lough Derg abstraction: Irish Water putting all its eggs in one 'vulnerable basket' 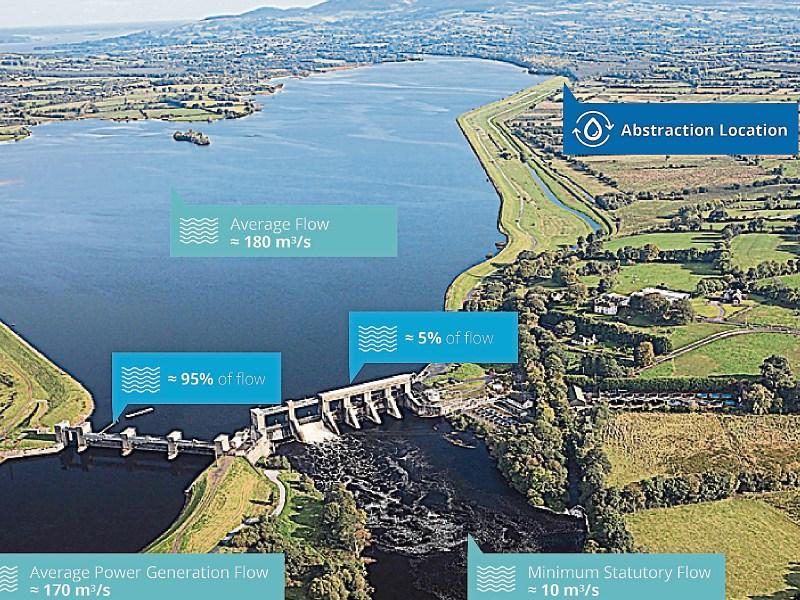 Building a 170km pipe to pump water from Parteen Basin to the Greater Dublin Area would be putting all the eggs into one vulnerable basket, a rally against the plan was told in Nenagh Arts Centre.

The rally against the Irish Water proposal to bring 330 million litres of water daily to Dublin was organised by the River Shannon Protection Alliance, Kennedy Analysis and Fight the Pipe.

Hydrologist Shane Bennett said he couldn't believe the idea of pumping water to Dublin was still being “trotted out”.

“Surface water is vulnerable to pollution,” he pointed out.

Mr Bennett also said he did not believe that Irish Water would bury one pipe in the ground as part of the project.

“You never put in one point, you need another for maintenance,” he said.

He called for the aquifier outside Dublin to be used, saying Kildare had a large bore hole and just 10 of these would suffice to serve the Greater Dublin area.

“You won't solve Dublin's problems by building the pipe,” he said.

Mr Bennett was supported in his claim that the water source was vulnerable by Jack O'Sullivan of the former Shannon Environmental Protection Alliance.

He pointed out that no mention had yet been made of the additional cost of getting rid of waste water.

“Harvesting rain water is not even being considered. Having a single, narrow view is not good enough,” he said.

Another speaker, Maurice Walsh from Limerick, warned that extracting so much water would lead to the banks of the Shannon slipping, causing a “tidal wave down the river” which would swamp parts of Limerick.

Former president of An Taisce, Charles Stanley Smith said the place to stop the proposal was at the planning stage as Irish Water would have to demonstrate they had looked at all alternatives.

“If they don't you have grounds for court action and even going to Europe,” he said.

Virginia O'Dowd said that Irish water had dismissed desalination out of hand.

She said that desalination costs were dropping as technology improved and pointed to the desalination plant in London that caters for roughly the same amount of population as the Irish Water proposal.

“That cost just £250m and runs on waste oil from restaurants and industry. It only required 15kms of new pipe to be built,” Ms O'Dowd pointed out.