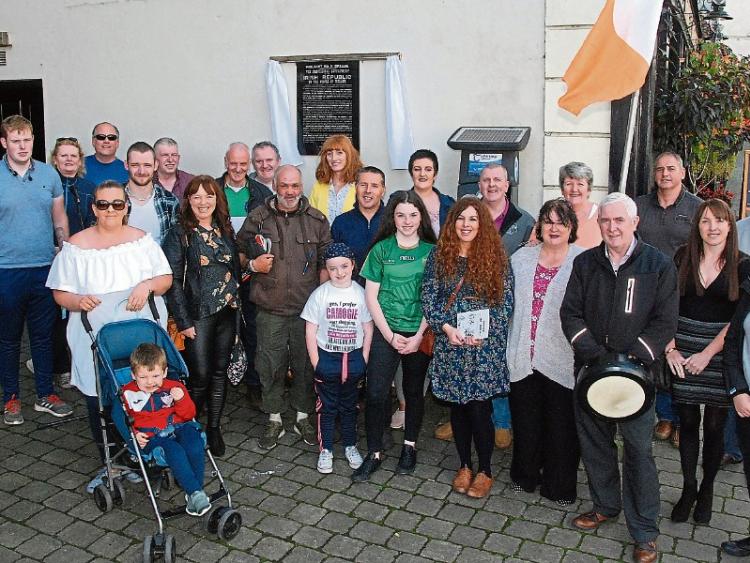 This committee was formed by a group of individuals who thought it important for Roscrea to join the Nation and organise events that would allow them to Remember, Reflect and Re-imagine the 1916 Easter Rising.

Séamus Moloughney then gave a haunting rendition of the well-known ballad “Grace” accompanied by Jason and Simon Simmons on guitar. Brí Greene then read a quote from Padraig Pearse while local girls Caoimhe Flannery and Maura Phelan stepped up to officially unveil the proclamation.

The afternoon concluded with a number of songs from all musicians and singers present. The committee would like to thank all those who helped out with their event

Special thanks to Paul Fogarty (White House Bar & Restaurant) for allowing the proclamation to be erected on his premises.

The location of the proclamation on Castle St will ensure that it is seen by locals and visitors alike for many years to come, maybe even the Bicentennial of the 1916 Easter Rising!