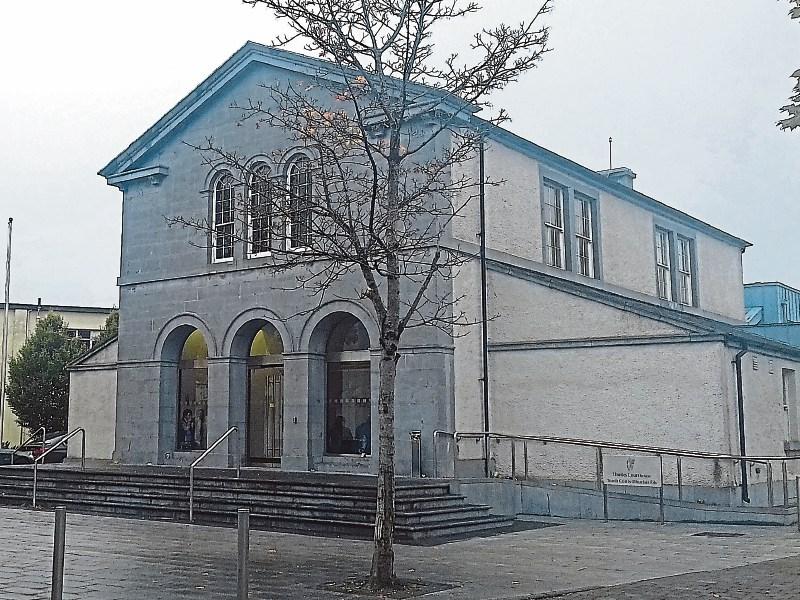 A Thurles teenager who went on a crime spree, assaulting his mother and shoplifting from various shops in the town, requested to be remanded in custody until November next, when he will be sentenced.

Mr Keane (19) entered McKevitts Costcutters, 56 Liberty Square, Thurles, on September 21 this year, and took 2 bottles of wine valued at €15, and a slab of beer worth €25. The items were not recovered.

On the same day, Keane was outside ‘Extreme CSC Gym’ in the Stradavoher Business Park, Thurles, when he stole a ‘Giant’ Mountain Bike valued at €1,000, without the consent of the owner, Oskar Lipinski. CCTV was used to identify Keane. The bicycle was located at Keane’s home address after a Garda search, and he made “full admissions”. “He was as helpful as he could have been,” said Sgt. Andrew Lyons.

On the same day, Mr Keane is charged with assaulting his mother, Annette Keane, and with damaging property, in Mitchell Street, Thurles. Mr Keane damaged the back door of Mrs Keane’s Ford Focus car. Sgt Lyons said Keane called to his mother’s house asking for her. Keane kicked his mother’s car, and afterwards “pinned his mother to the wall” and tried to pull the phone from her hands as she called the Guards. Keane made full admissions to Gardaí after the incident. The Court heard that the victim did not want to make statements. Keane has since paid €100 in compensation regarding the damage.

On August 12, 2016, Keane entered the Tesco in the Limerick Road, Tipperary town, and took two cases of Bulmers Cider valued at €44. CCTV was used to identify Keane, who is a co-accused in that case. The co-accused pleaded guilty in May, 2017.

On October 12, 2017, Keane was charged with unlawful possession of cannabis herb, at Kickham Street Thurles. It was found on his person. Keane was arrested and taken to Thurles Garda Station, where more herb was found. Overall, the herb was valued at €60. Keane has nine previous convictions, including for criminal damage, attempted robbery, and production of an article during the course of a dispute.

Solicitor Colin Morrissey said his client was making the unusual request to be remanded in custody for the purposes of sentencing. Mr Keane has an addiction to tablets, which put him in debt, and he has “fallen out” with his family. Mr Keane has apologised to his mother, and they are “back on speaking terms.” His family are “heartbroken” over his behaviour, and he is “anxious to finalise all matters” and realises he may be facing a custodial sentence.

Judge MacGrath said she had given Keane opportunities before to address his issues. A custodial sentence is “most likely”. The case was adjourned to November 6 next, for a Probation Report and a Victim Impact Statement.