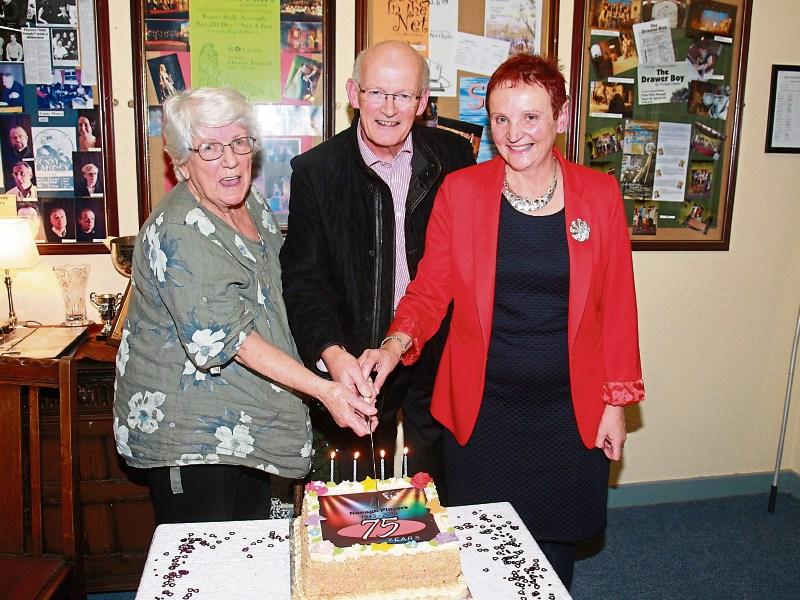 After 75 years of top class drama, all the world continues to be a stage for the Nenagh Players.

The group, formed in 1943, marked its anniversary in its own rehearsal space, The Store, with a gathering of new faces and old hands.

The group put together an amazing collection of memorablia for the night, with old photos, programmes, festival circuit trophies and posters on display. Among those, that stand out are of the late John de Loughrey as the Bishop in The Field and the late Dick Tobin, menacing as The Bull McCabe in the same production.

As well as being a night to look forward, it was also a night to remember former members such as John and Dick, as well as Patsy Barrett, Stephen Toohey, Susan Ryan and founding members Oliver Healy, John Chumney, John Scroop, Nell Power and Olive Harris.

“Every decade people are working to move it on to the next one because our job in this decade is to move it on to allow for the next group,” said chairperson Margaret Walshe. She said that the group always remembered its history.

“Back in 1943 five brave young people took a huge step and moved away from the local cleric who was directing all the plays to stage the plays they wanted to do,” she said.

“As a group we have always striven to make our performances as professional as possible and certainly we have learned from going to festival and certainly from moving from confined to open”, she said.

The Players have won three All-Ireland confined titles, with Trainees and Flight to Grosse Isle, both written by local playwright Jim Minogue, and April Bright, by Dermot Bolger.

Commenting on the drama circuit, Margaret said: “That was a major learning curve. The pointers we got were huge.”

As part of the celebrations, she welcomed John Scoop's son Michael, and Nora Healy wife of Oliver to The Store, who helped her cut the birthday cake.

“The connections to our first play are really important to the group,” said Margaret.

A message of congratulations came from renowned theatre director Andrew Flynn, who began his theatre life with the Young Nenagh Players, later appearing and directing plays for the group.