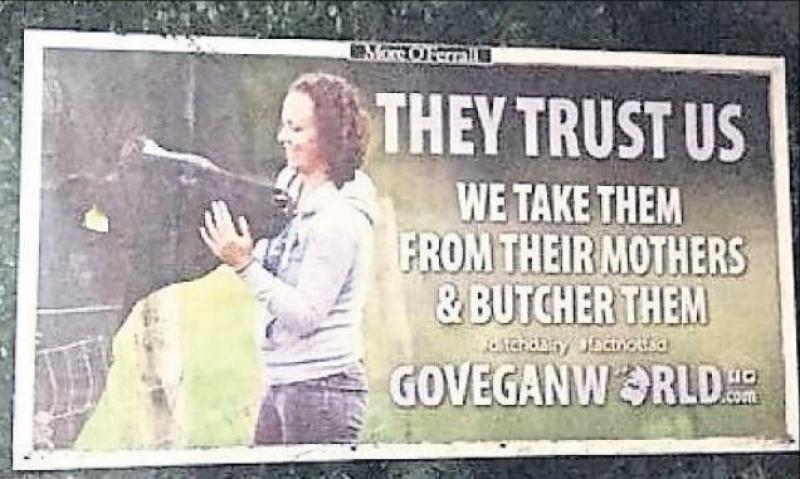 A Tipperary farmer has raised concerns over the influence vegans is having on farm families.

Michael Kennedy told North Tipperary IFA's annual general meeting in Nenagh this Tuesday that he had two teenage daughters and he was concerned that they were listening to the "propaganda" surrounding veganism, especially when it was being discussed among their peers.

He wanted to know if the IFA had any policy on veganism.

"I am worried about the way young people are attaching themselves to these trends," he said.

Prof Boyle said that a lot of claims were being made about the benefits of veganism, but "they are not scientifically well founded".

Commenting on the high-profile billboard campaign that has been run by vegans, he said that there appeared to be a lot of money money behind them and their message, while impressive, was "very simplistic".

One way to respond to the campaign was to go "gung-ho, but you are only giving them oxygen", he said.