Holycross/Ballycahill Drama Group take on a firm favourite of many, "The Beauty Queen of Leenane" by Martin McDonagh 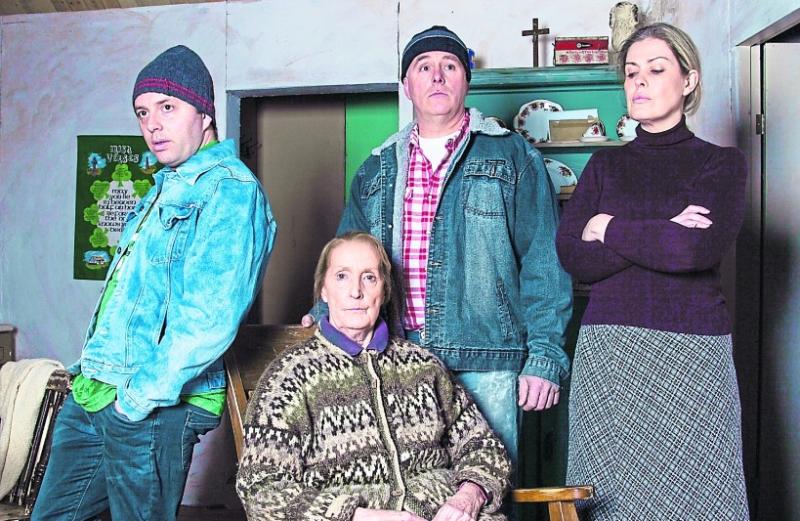 This year Holycross/Ballycahill Drama Group take on a firm favourite of many, "The Beauty Queen of Leenane" by Martin McDonagh, following our very successful past few years when they tackled lesser know plays like "Little Gem" and "Bold Girls".
Holycross/Ballycahill have staged The Beauty Queen themselves once before in 2002, in fact it was such a successful production that the whole group were invited to Germany to perform for American Troops stationed there. Another interesting fact is that Diane Lacey who is playing Mag Folan in the 2019 production played Maureen Folan in the 2002 staging. Not many actresses can say that they have played both daughter and mother in the same play. In another twist, Diane's daughter Jacqui Lacey is playing her on stage daughter Maureen Folan in this production.
Neither of the Lacey ladies are strangers to the stage, and are both award winning actresses in their own right, it's riveting to watch the on stage chemistry between them.
The love interest in The Beauty Queen "Pato" is played by John Glasheen, John has acted with us is Holycross for the last number of years as well as treading the boards with the Drom and Inch Players, however this will be his first experience with the Festival circuit and he is looking forward to the excitement and madness that comes with competition.
To complete the cast, the part of Cheeky Chappie "Ray", Holycross welcomes Mark Fitzell and are thrilled to have someone with Mark's talent and experience. In the past Mark has acted with New Inn and also Cashel Choral and Dramatic Society, on top of this he is an accomplished Photographer and musician, Mark is indeed a great asset to our group and this production.
Claire Ryan is once again at the helm as Director and her reputation speaks for itself reaching the All Ireland for the past three years and picking up numerous awards along the way, her calmness and support to everyone involved make the cast and crew want to do their best for themselves and especially for her.
With Catherine Lowry, Paddy Connolly and Paddy Slattery working hard on the set, it really will transport the audience to a rural cottage in the West of Ireland.
A strong background team of Aisling Henchion on sound, Miriam Lanigan on lighting, Joanne O'Neill as stage manager, Elaine O'Dwyer backstage and Breda Lacey on costumes complete the crew. This will be a show not to be missed
Prior to our Festival run, we are once again grateful to be able to stage the Beauty Queen of Leenane in Moyne Community Centre on Tuesday, February 26 at 8.30pm. Please come along and support us and enjoy a great nights entertainment. There really is nothing like live theatre to make you laugh out loud and maybe even cry a little.