Playboy of the Western World coming to Brú Ború, Cashel 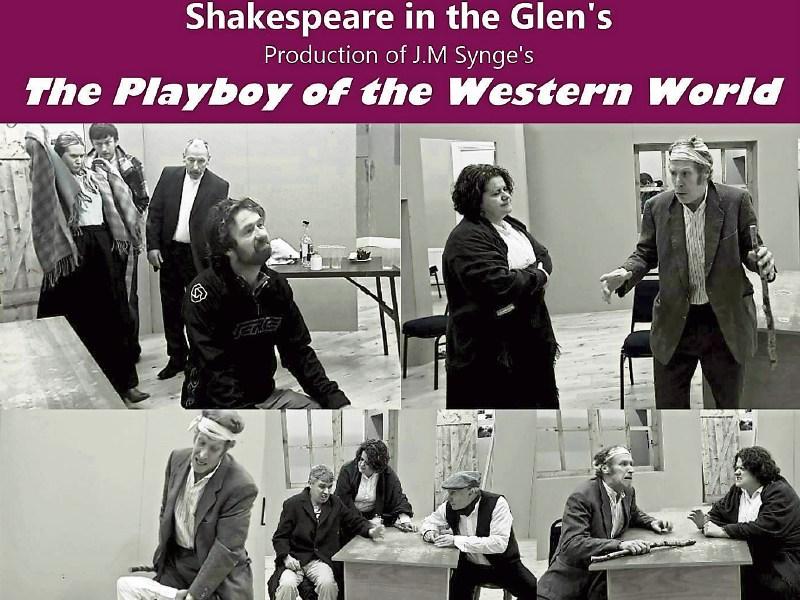 Shakespeare in the Glen theatre group are proud to bring JM Synge's Playboy of the Western World to the big stage in Cashel.

Synge brings the fiery and magnificent language of rural Ireland to portray his epic tale of the rise in notoriety of a man who enters a small community in western Ireland.

It is a play that was first performed in 1907 and still resonates today.

JMS’ The Playboy of the Western World shocked and outraged the Dublin audiences of 1907 with its harsh appraisal of Irish rural society and its racy disregard for moral values.

Set in the west of Ireland, The Playboy of the Western World plots the fortunes of the shy introverted Christy Mahon as he rises from simple wanderer to heroic legend in the eyes of the local community all based on their perception of his ‘great deed’.

Bear O’Shea’s new fresh production embraces the questions that the Synge masterpiece still poses about many aspects of the Irish psyche, none more so than the very nature of celebrity.

In a modern world where social media informs and influences so much of our lives we are constantly barraged with the next great personality, the next one billion hit wonder.

In the race to be that sensational success the boundaries of society, morality even reality are constantly being blurred and redefined. 112 years on from the opening night riots, Christy Mahon’s meteoric rise from zero to hero, still strikes a chord with audiences.

Shakespeare in the Glen is an amateur troupe. These local actors include students, teachers, farmers, construction workers, and crèche managers, from all over Munster, many of whom have been involved with theatre and drama most of their lives. Just everyday people who aspire to excellence in the craft of acting.

They enjoy bringing literature, especially Irish and Shakespeare, to life for student matinees and evening audiences.

The director for this production is Bear O’Shea. Professionally, Bear is an educator but he has been involved in amateur drama all his life. His highly acclaimed The Field was a hit last season, just like Big Maggie in 2016. This year he is excited and delighted to take on The Playboy of the Western World by John M Synge.