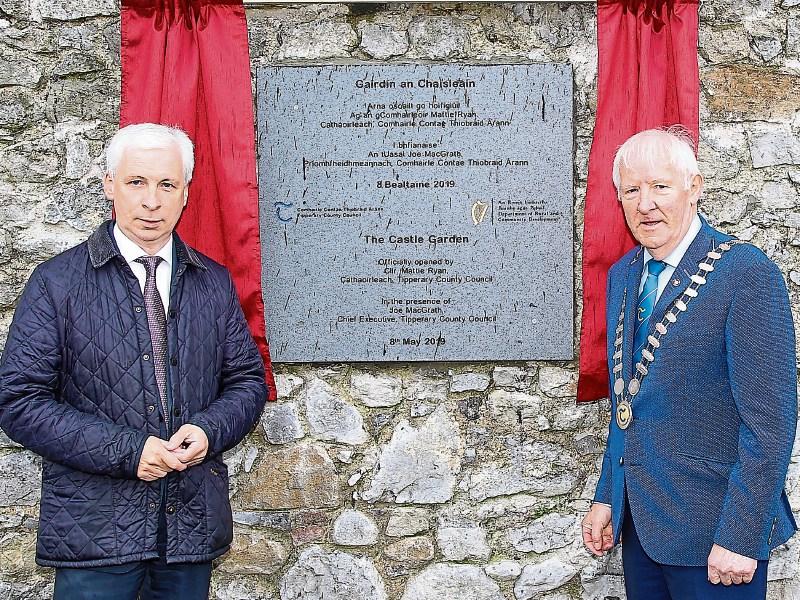 Nenagh has got another addition to its historic quarter with the opening of Nenagh castle garden in what will always affectionately be known by townspeople as Gill’s Garden.

The medieval garden, which is laid out in a formal manner and landscaped, nestles between the towering peaks of the castle, St Mary of the Rosary Church and St Mary’s Church of Ireland.

It is accessed through the castle field.

Among the many features are a tranquility corner and a bench dedicated to the late Lorraine Treacy from Borrisoleigh, who passed away earlier this month.

“This will be a place that people will come and visit, a place that is a quiet, peaceful haven in the midst of all the noise and traffic,” he said.

Cllr Ryan also referred to the attractions of the cultural and heritage quarter of the town and its majestic buildings – the 13th century castle keep, the churches, the Nenagh Courthouse, the governor’s house, the gaol complex, Nenagh Arts Centre and the former Presbyterian Church in Banba Square.

The garden was bought from the Gill family in 2013 and developed at a cost of €350,000, with €35,000 coming through a grant under the Public Area Enhancement Scheme from the then Department of Environment, Community & Local Government. 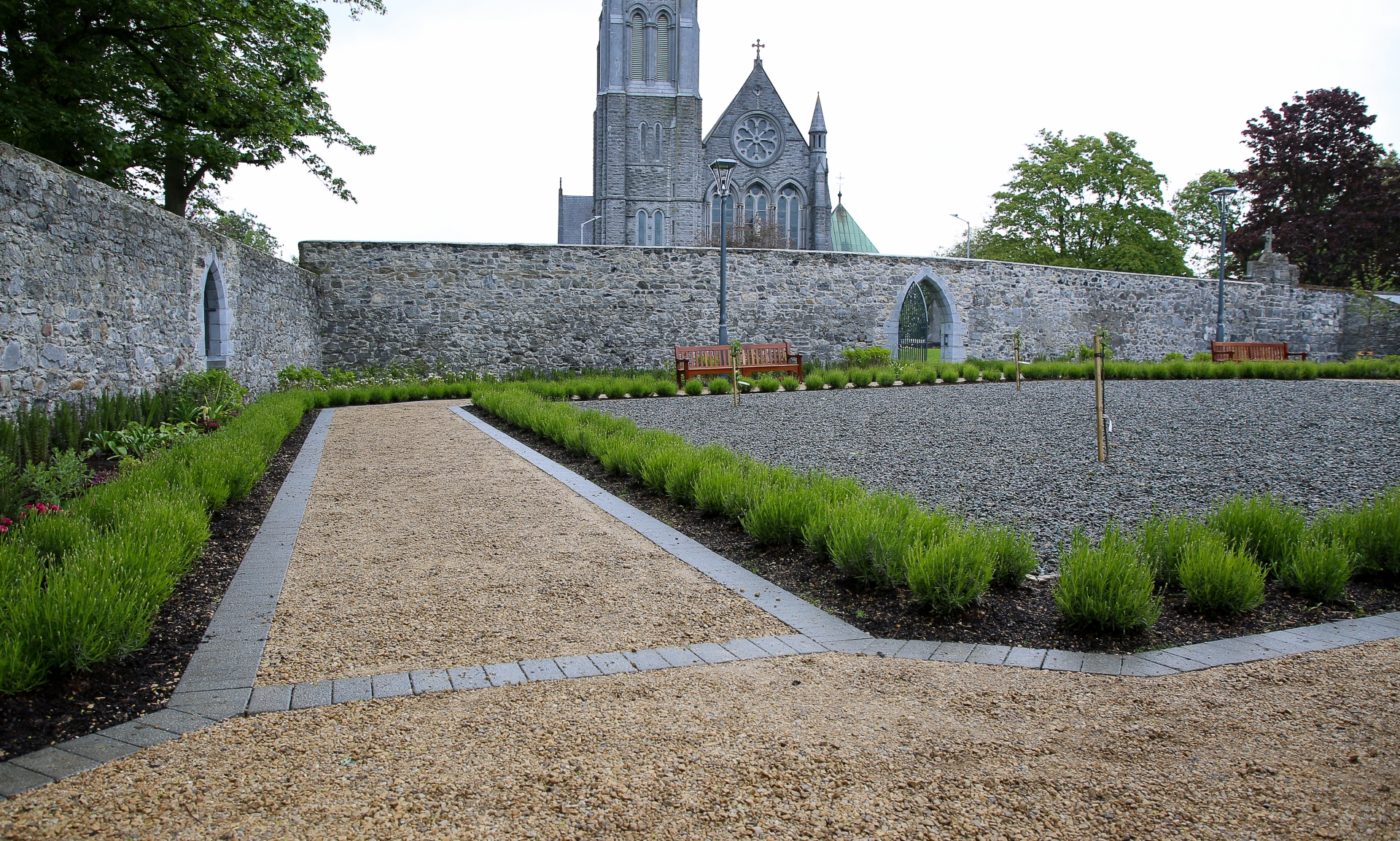 The plan was initiated under the former Nenagh Town Council and planning was granted by the current council in 2016.

County chief executive Joe MacGrath said that the town had benefitted from a €17m investment in public infrastructure in recent years and there were other projects planned for the town, including the conservation works on the gaol block; works at Banba Square; the provision of a wifi hot spot in the town centre and the provision of a tourism information office at Nenagh Arts Centre.

Proposals are also being developed for the gaol complex, discussions are progressing on further phases relating to Nenagh Castle and plans for Nenagh 800 are being formulated.