A delighted Andrea with her sister Abigail and mother Eileen

Tipperary make up artist Andrea Ryan has won a major award for her special effects.

Andrea, who runs a business in Cashel, was honoured at the second Irish Make-Up Awards  at Crowne Plaza Dublin Airport Hotel on Sunday May 12th in a big celebration of the Irish make-up industry.

The talent within the make-up sector has shown no sign of shying away and some of the most successful businesses and professionals from all over the country came together  to celebrate their achievements at the awards 2019.

The winners are chosen by members of the Irish public and they are a true reflection of the talent, creativity and impeccable customer service- three key features that enhance the reputation of the Irish make-up industry nationally and internationally. 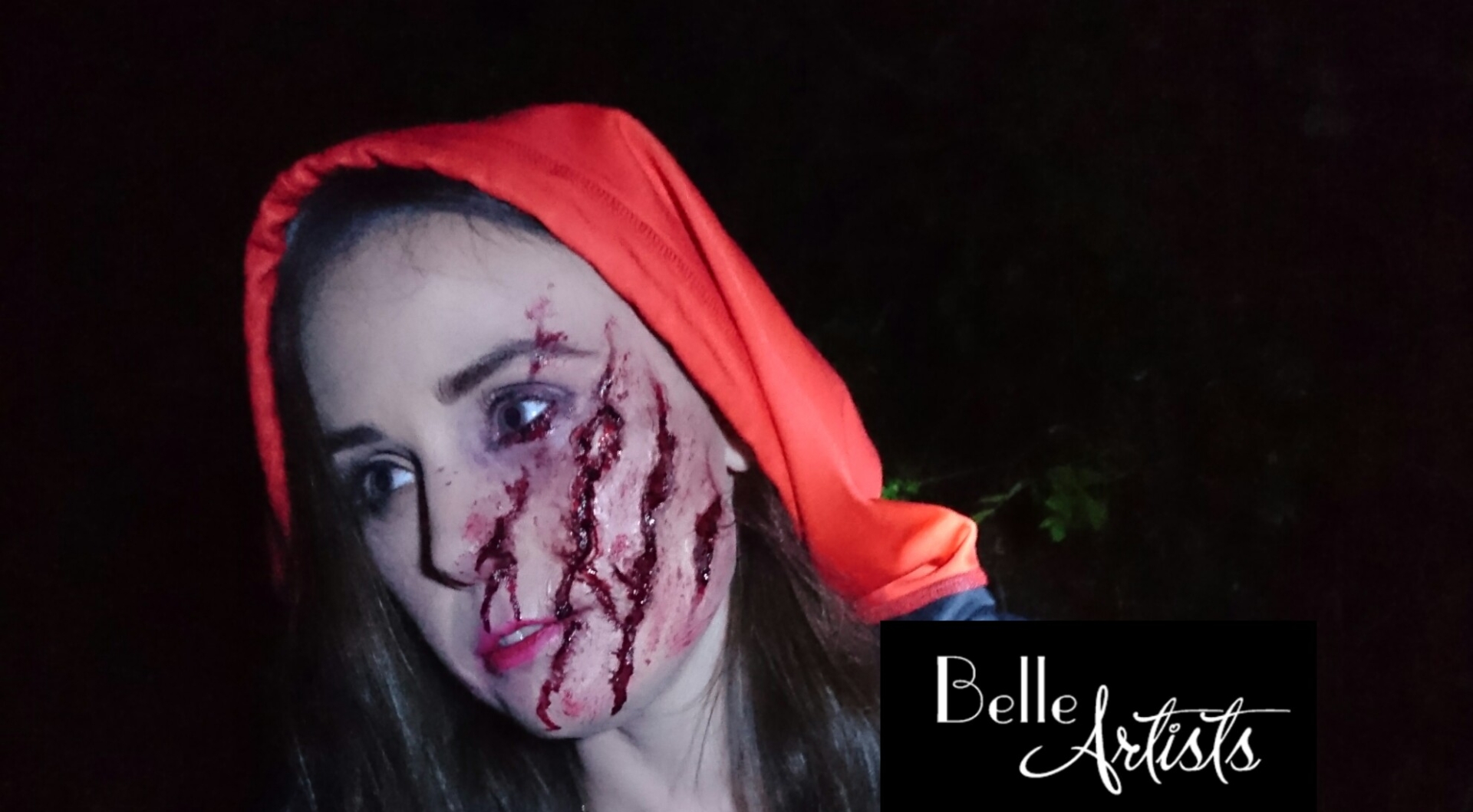 One of Andrea's special creations

She says – "I headed up to Dublin early Sunday with my Mam Eileen and sister Abigail, we were full of excitement and anticipation for the night ahead. When we arrived at the Crowne Plaza we had professional photos taken and then found our seats in the beautifully decorated pink dining room. The awards kicked off just after 7pm and then before I knew it my name as the winner of my category for Sfx Artist of the Year was being called out.

“I was in such shock, the tears came and I was speechless. I could not believe I had won!

“I am absolutely over the moon with my win and the support and congratulations I have received has been amazing. This is huge for my career and my business in the makeup industry. We had a fabulous night, one I will never forget!"

“It was a very inspiring night dedicated to those who have spent their whole career in making people look beautiful.

“The make-up industry plays a vital role in the Irish economy and we are  honored to see that our attempt to acknowledge and reward the meritorious professionals of the sector has been successful.

“We would like to congratulate all finalists and winners for their achievements!”

The awards also provided the opportunity to fundraise for a worthwhile cause, raising money for the official charity partner, Make A Wish Ireland, who grant magical wishes to children and young people fighting life-threatening conditions.