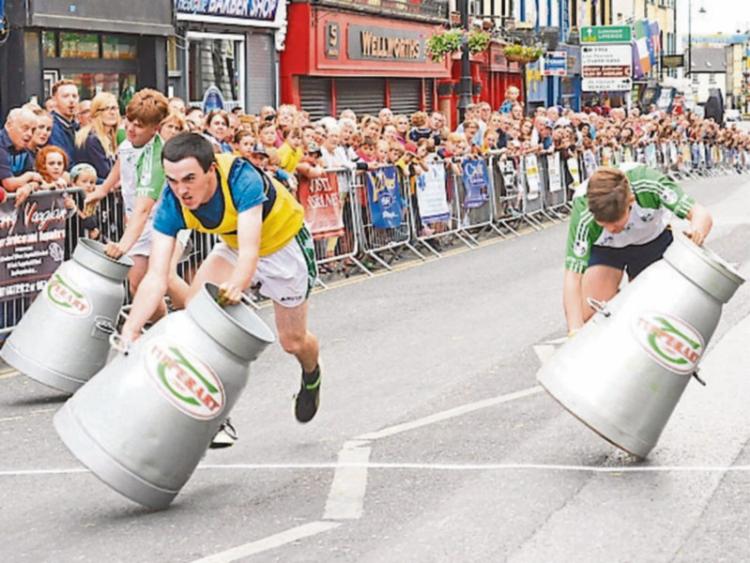 The churn racing, one of the highlights of the festival, will not now take place this year

This year’s Tipperary Town Festival has been cancelled due to a lack of funding.

The hugely popular event, one of the highlights of the summer season, included the national milk churning racing championships.

The funding that was available to run last year’s festival was down on previous years and looking ahead to 2019, the committee  decided that they are not satisfied that the level of finances available to them  would allow a festival of the calibre they wanted to go ahead.

Instead, it has been decided that the festival will be postponed until 2020, which includes the National Churn Racing Championships.

The decision was made by the Tipperary Festival Committee due to a number of factors including funding issues.

This, the committee believes, will allow time for more committee members to be recruited, for a new vision of the festival to be developed and for ‘stronger business ties’ to be established.

Confirming the decision, the Tipperary Festival Committee said that it was a ‘very difficult’ decision to make, but added that if they were to go ahead with it this year on an even more limited budget, it would only serve to damage the brand and stature of the festival.

While the cancellation of the festival is likely to come as a major disappointment locally, the decision will not affect the long-running Pride of Tipperary, which will be held as normal.