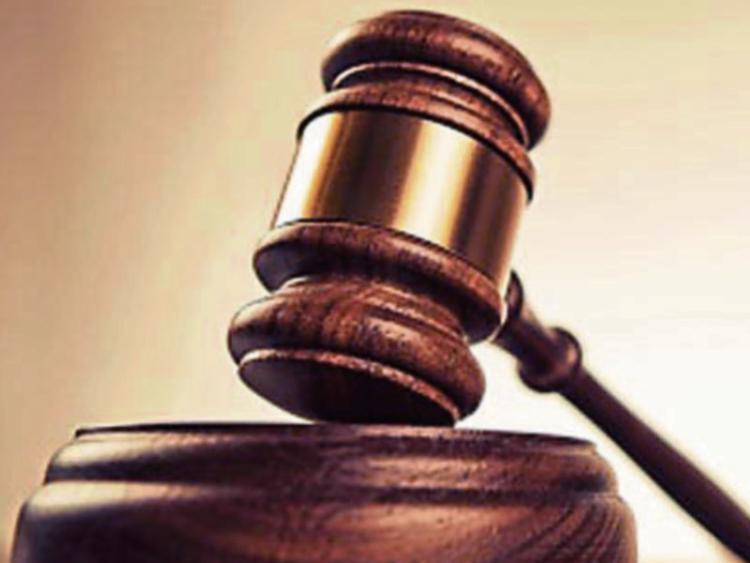 A 42 year-old Gortnahoe motorist travelling home from the pub knocked down and killed a 67 year-old pedestrian and drove on because he thought he had hit a deer or other animal, Clonmel Circuit Court was told last week.

This was the explanation Philip Breen from Lisduff, Gortnahoe gave gardai when he contacted them the next morning after he was informed of Michael Stapleton's death at Poynestown, New Bermingham.

But Judge Tom Teehan said he found it hard to accept Mr Breen didn't realise it was a human being his car struck as he sentenced Breen to 12 months imprisonment and disqualified him for driving for 10 years for careless driving causing the death of Mr Stapleton on July 30, 2017.

The Judge  imposed a concurrent four month jail sentence and 10-year driving ban on him  for driving without insurance. Mr Breen pleaded guilty to both offences.

Garda  Trevor Kenehan told the court Philip Breen worked as a steward at the Dualla Threshing Festival on Sunday, July 30, 2017. Afterwards he went to the Horse & Hound Pub in Dualla and consumed five to six pints of Smithwicks.

At 8pm that night, Michael Stapleton left his home and went to Hogan's Pub in Ballysloe about 1km away and consumed two half whiskeys and walked home.  He walked home on the right hand side of the road and wore a high visibility vest.

Philip Breen left the Horse & Hound to travel home around 9.45pm. On the way he said he collided with what he thought was a deer or other animal. He didn't stop or slow down his car. However, he had collided with Michael Stapleton less than 100m from Mr Stapleton's home.

Mr Stapleton went up on the bonnet of the car and travelled over the roof of the vehicle and landed on the roadway.  Mr Breen continued driving on a further 10 km to his home.

A passing motorist, Thomas Morris, discovered Mr Stapleton's body lying in the middle of the road around 10.25pm. Tom Delaney and Marina Mullins, who also s at , performed CPR on Mr Stapleton until the gardai arrived.  He was pronounced dead at the scene of the accident.

Gda. Kenehan said the next morning Philip Breen was on the phone to his mother and became aware of Mr Stapleton's death.  He contacted Thurles Garda Station and told gardai he thought he had hit a deer. He stated there was damage to the windscreen of his car.  He later attended Thurles Garda Station where he was arrested.  He told the gardai he didn't know he had hit a person. He expressed remorse for what he did.

Gda. Kenehan said the forensic collision examinations carried out by Gda. John Walsh on the scene  concluded the accident occurred between 10.20pm and 10.50pm.  It happened on a straight stretch of the R689 road between Gortnahoe and Ballysloe. The weather was dry, the road surface was dry and there was good visibility.

The high-vis vest worn by Mr Stapleton was in good condition. The Volkswagen Passat  Mr Breen drove had travelled north east  in the direction of Ballysloe. Mr Stapleton was in the Ballysloe lane and was 1.4m from the edge of the carriageway. There was no evidence of skidding or tyre marks. It was estimated the vehicle had been travelling at between 57 and 69km per hour, which was within the speed limit.

The gardai carried out tests on the reflective quality of Mr Stapleton's high-vis vest and it was found that it could be seen from a distance of 178m on that stretch of road.

Gda. Kenehan outlined that Gda. Eamonn Raleigh carried out a PSV test on Mr Breen's car. There was significant damage to the front windscreen. It had been shattered, which would have obstructed the driver's view of the road. Mr Breen's car was in good condition prior to the collision. After the collision, it was substantially damaged and too dangerous to drive on the road.

Gda. Kenehan said the forensic tests concluded  Mr Stapleton had gone through the windscreen up to his neck and shoulders.

Relatives of Mr Stapleton attended the court hearing and victim impact statements from his sister Anne O'Meara and brothers siblings Eamon and Willie Joe were read to the court by Gda. Kenehan.

Anne, who lived next door to Michael,  said her life changed forever when the gardai told her about Michael's death.  She  lost another brother in 2001 but this time it was harder to accept because Michael was left on the side of the road.

She  recalled Michael lived alone in the family homestead. He was an intelligent man, who loved books, reading papers and crosswords.  He was a wonderful brother, who looked after her house when she was away.  She  missed her daily chats with him.

The statement of his brother Eamon described his frustration at watching the slow wheels of justice in action.

He claimed Mr Breen only admitted guilt when it was clear it was the best course of action to take and criticised him for leaving the scene of the collision and leaving his brother to die.

He said he  and his young family always enjoyed their  visits to  Michael. Now they no longer had the opportunity to visit him, share news with him and celebrate events in their lives with him.

Brother Willie Joe said he felt great sadness and also felt sick that his brother was left to die on the road. He didn't deserve this.

"I travel that road every day and I never pass that spot without thinking about what happened him."

He remembered Michael as an independent man with many friends. He usually had a smart or funny comment to make and his children had loved his banter. He echoed his siblings in expressing how he and his family greatly missed Michael.

Defence counsel Michael Delaney SC   referred to the statement of a bar worker in the Horse & Hound, who served Mr Breen two drinks. She remembered he  didn't seem drunk when he left the pub.

A number of other witnesses in the pub  indicated he might had no more than two to three drinks though he admitted consuming more.

Mr Delaney said  Mr Breen, who works in steel fabrication, was travelling to Dublin the following morning for a job when his mother became aware someone had been knocked down and killed. His father saw his client's car and became concerned and reported it back to his wife, who phoned her son.

"When he was aware of the full extent of what occurred he turned around to go back to Thurles. He phoned Thurles Garda Station and indicated he was the man who knocked the man down.”

He told the gardai he  wouldn't have driven away if he thought he struck a human being. He became emotional several times when he was being interviewed and apologised to all Mr Stapleton's family. He told gardai he knew Mr Stapleton and had given him a lift in the past. He sought to meet the victim's family to apologise to them but they refused the request.

Mr Delaney stressed it was never the case that Mr Breen  indicated he would contest the charges against him and Gda. Kenehan agreed that was his knowledge of it.

Mr Delaney said his client wished to pass on his deep regrets and apology to the family.

The senior counsel argued the visibility finding of the accident reconstruction carried out by gardai was based on the presumption Mr Stapleton was in the position he was for some considerable time. It didn't exclude the possibility he may have only emerged into Mr Breen's view just before the collision or that he was positioned on the road at an oblique angle to the driver.

The senior counsel outlined that Mr Breen was regarded as a hard working man. His parents were respectable,  hard working people.

This type of case was "totally alien" to them and they were deeply distressed at what had happened.

Mr Delaney submitted three testimonials concerning his client to the court.   He also submitted a HSE clinical psychologist's report on his client.

It painted a picture of a man who was acutely distressed and had suicidal thoughts. It reflected his client's sense of responsibilty for what he had done.

The senior counsel acknowledged his client consumed enough alcohol on the day of the incident to be above the excess alcohol limit but he urged him to consider that witnesses in the pub  saw no overt evidence of intoxication. Since this incident, his client had significantly cut down on his alcohol consumption.

He also appealed to the judge to give his client the benefit of the doubt in relation to his belief he struck an animal that night and take into account the fact he handed himself into the gardai the following day.

He said the defendant must have known when he drove that night that if he were stopped by the gardai he would have failed the breath test.  He then left the scene without at least seeking to find out what exactly happened.

Judge Teehan said he found it very hard to accept Mr Breen didn't realise it was a human being he had struck because this was a collision to the front of his car and Mr Stapleton was wearing a high-vis jacket.

As well as driving without insurance, Mr Breen drove a highly defective vehicle home putting himself and other road users in considerable danger.

"I consider that when he took the decision to leave the scene, the amount of drink he had consumed made him act in a way which he would not have acted if he were sober. "

Another aggravating factor was the impact of Mr Stapleton's death on his unfortunate family and the judge had enormous sympathy for the grief they have suffered.

The victim impact statements showed Michael Stapleton to be  man who was extremely well loved by his family and popular with all who knew him. He was a cherished brother.

He regarded Mr Breen's plea of guilty as extremely important and he accepted Mr Breen suffered genuine remorse for his actions.  It was a life sentence for him.

The judge also gave Mr Breen credit for contacting the gardai and acknowledging his wrong doing the day after the incident. From that day on, the defendant very fairly met the charges against him, Judge Teehan concluded.