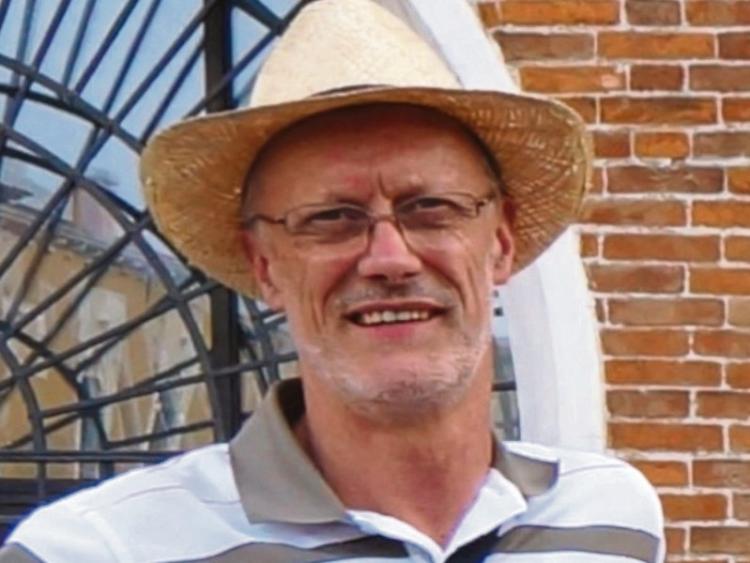 Former teacher Michael Quirke’s memory was honoured  in the naming of the physical education building in St. Ailbe’s School in Tipperary town.

Retired principal  Paul O’Callaghan officially opened the Michael Quirke Physical Education building, a fitting culmination to a process which started with a vision almost 20 years ago that was brought to fruition as a result of huge endeavours and commitment by the St. Ailbe’s school community.

Michael Quirke, a beloved teacher of St. Ailbe’s, who passed away in July 2018, led the planning and implementation of the process which led to the building of the facility. 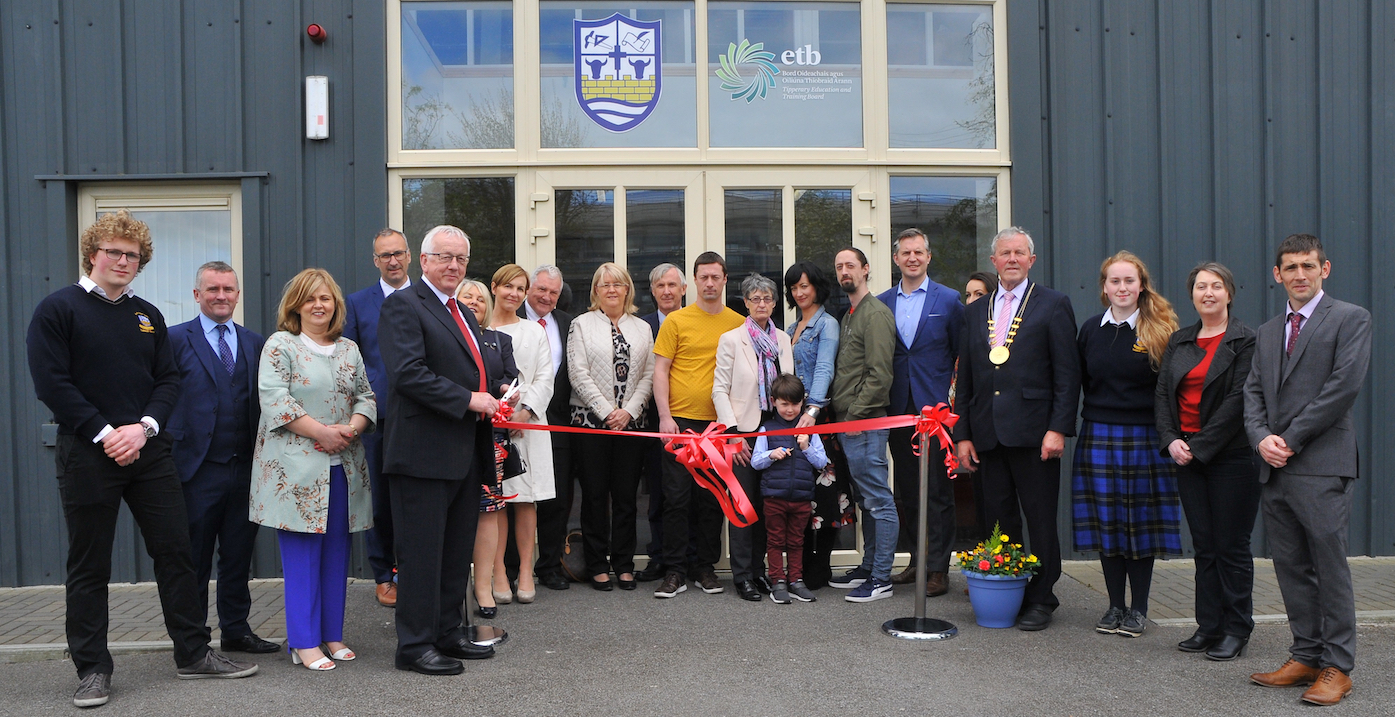 “The physical education building is a great addition to the school. It has already been used for physical education classes, as an exam centre for in-house and state examinations and it has proved absolutely perfect for the staging of the annual school musicals.”

Michael Quirke had a long association with St. Ailbe’s, and was part of the first intermediate certificate class in 1969.

It was during his time in St. Ailbe’s that Michael  met his wife, Mary, also a student in St. Ailbe’s. A few short years later, Michael joined Tipperary S.R. VEC as a teacher in Clonmel.

Shortly afterwards, Michael transferred to Tipperary Town and remained there as a teacher of woodwork and construction studies until his untimely passing last year. In total, Michael had given 42 years of service to Tipperary Education and Training Board (formerly known as Tipperary S.R. VEC).

“Up to the time of his illness last year, Michael had never missed a day at work through illness,” added principal Devitt.

“Michael was an extremely humble man who underestimated the impact that he had on both his students and colleagues.

“He had been always an immense support to the school community and would be regularly seen working in the school late into the evenings and very often at weekends.

“My wish for the future is that the school will make Michael’s memory proud and that by naming the physical education building after him, the school community is showing its appreciation for all that he did.  What you leave behind is not what is engraved in stone monuments but what is woven into the lives of others.”

Mr Devitt also welcomed past Principals  Paul O’Callaghan,  Peter Creedon and  Pat Moroney alongside representatives from the Tipperary Education & Training Board (TETB), staff of the TETB, past and present members of the St. Ailbe’s board of management, representatives of the parents’ association, current and retired members of staff and the students of St. Ailbe’s.

Mr. Devitt acknowledged the support of the TETB in the setting up of the St. Ailbe’s Trust that proved to be invaluable when it came to funding the construction of the physical education building.

Retired principal  Paul O’Callaghan said it had been a  privilege to have been a teacher and principal in St. Ailbe’s.

His predecessor,  Pat Moroney, had had a dream to develop a sports field for the school and purchased land nearby. Pat needed to fund this purchase and turned to Michael Quirke to establish and to run the St. Ailbe’s Lotto,  a task that Michael undertook for 28 years.

Indeed, Michael had been the main driver behind the Tipperary Community Lotto which has raised in excess of €4m for the eleven sports clubs and community organisations that have been involved in the lotto since its inception.

When Mr. O’Callaghan became principal, John Quinn of Tipperary Co. Council encouraged him to apply for a Co. Council grant of €100,000 towards a physical education building for the school.

The land purchased in Pat Moroney’s time was eventually sold for a significant profit. With the proceeds from the sale of the property, all-weather pitches, basketball courts and the existing playing pitch were developed.

The drive for a new physical education building continued and Martin Mansergh, Minister of State at the time, was instrumental in securing funding of €250,000 from the Department of Education and Science.

This funding, coupled with a significant contribution from the Parents’ Trust, ensured that the first sod was turned in 2012.

“Eighteen years have passed from that initial vision and now the physical education building is a reality. This would not have happened without Michael Quirke’s tireless commitment, involvement and support,” added Mr. O’Callaghan.

“Michael left no student behind. He believed in the St. Ailbe’s mission statement and set about its delivery in so many ways. His achievement as a student of St. Ailbe’s, teacher, sports enthusiast, community leader, will resound within these walls for many, many, years to come.

“It is so right and fitting that this building is honoured with his name.”

The ceremony concluded with refreshments, lots of chatting, and very appropriately, with some of the younger generation, including Michael’s grandson Broden, ‘shooting hoops’ in the Michael Quirke Physical Education Building.