Tipperary gets massive a jobs boost 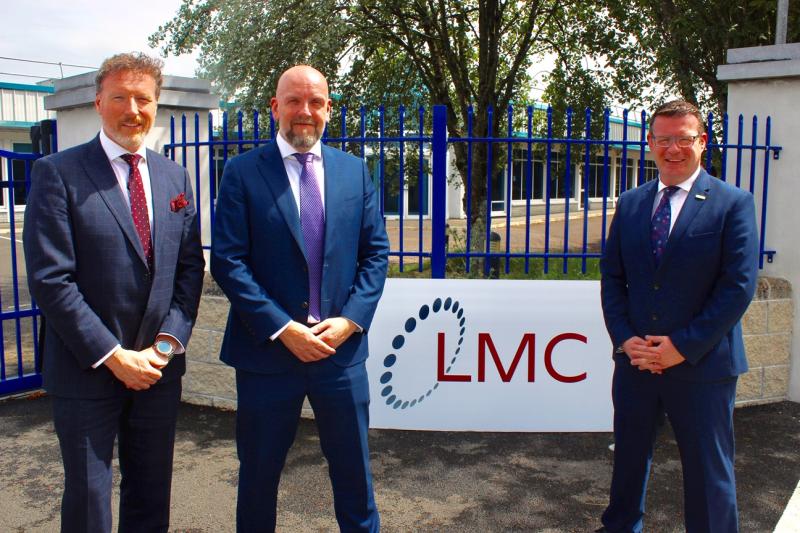 Martin Lydon and Stephen McConnell, co-owners of LMC Group, with Deputy Alan Kelly at the former Coty/Procter & Gamble site in Gortlandroe, Nenagh, where the group is to establish a new production fac

Tipperary got a major jobs boost on the double this week with news that up to 320 jobs could be on the way in the Premier County.

And this week, it has been announced that 200 jobs are to be created in Nenagh over the next three years by LMC at the former Procter & Gamble / Coty site on the outskirts of the town.

The news has been welcomed by Deputy Alan Kelly, who has worked closely with both companies.
"I am delighted to announce that LMC Group have decided to take over the old Proctor & Gamble site in Nenagh with the creation of at least 200 jobs over the next three years,” he said.

The company which produces products at the cutting edge of modular construction already has a base in Birdhill and will continue to work out of there as well, which will be their centre for product design and development.

“We would like to thank Alan Kelly for all his work in bringing us to Nenagh. Put simply, until we spoke to him we were expanding our operation to Limerick but because of his work, encouragement and determination we have decided that Nenagh is the best location for our company to go to now,” said Martin Lydon, co-owner of the LMC Group.

Deputy kelly said that the modular construction industry was growing at a “massive pace” and the company will be expanding to meet this growth.

LMC had successfully won several new contracts in recent months and as a result needed to expand out of their current location, he said.

The Proctor and Gamble facility was an ideal location for the company to expand its production facility and it will allow further growth into the future as their business grows.

“The company feels the location of Nenagh is critical as it is perfectly located in Ireland as a base for what they do,” said the Labour TD.

He said that the company intended to move from building modular rooms to full turn key housing solutions over next 12 months in its new Nenagh facility.

They have been working with Enterprise Ireland for some period about expanding this indigenous business particularly into the export market in the years to come, he said.

LMC will be up and running in Nenagh in a few months once they have the new site renovated and will be then be hiring as many people as they can from the local area, with will be jobs for people across a range of disciplines, including, all forms of tradespeople including plumbers, electricians, plasterers, carpenters. They will also be looking for engineers, interior designers, architectural personnel, BIM co-ordinators and administrative personnel.

Mr Lydon said that Deputy Kelly had been with them from the beginning of this process and helped them every step of the way with their partners in Tipperary County Council and Enterprise Ireland.

“We look forward to working with Alan as we grow and expand into the future,” he said.
Stephen McConnell, co-owner of the LMC Group, said that Deputy Kelly had been a critical factor in the decision.