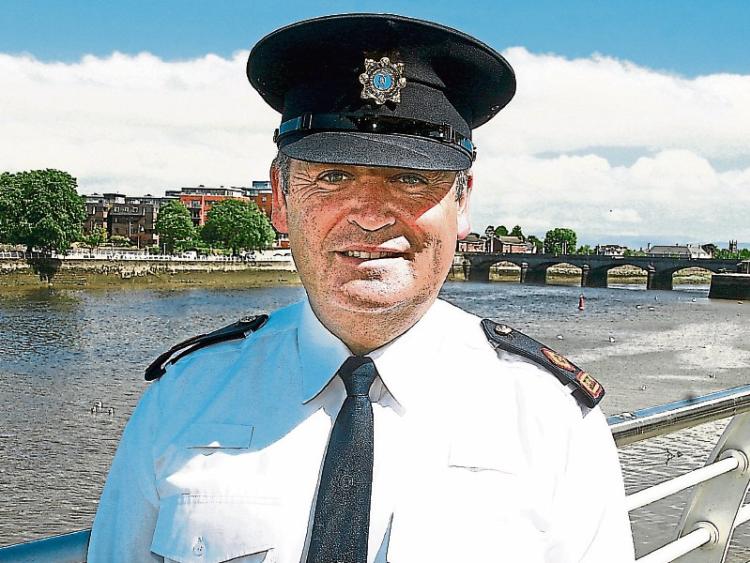 Chief Supt Derek Smart: 'I have looked for reports on Templemore'

Tipperary’s new Garda boss, Chief Supt Derek Smart, places a huge emphasis on community and the need to bring the community with him when it comes to tackling crime in the Premier Division.

Community is a word that he uses frequently when referring to how he approaches policing and how he sees crimes being either prevented or solved by building trust between community and the local gardaí.

“Any place I have gone I am very much community based. That is how we are going to solve problems, when we sit down around the table and deal with those problems,” he says.

He also sees the need for gardaí on the beat in communities where they can stop and talk to people.

“They need to see the yellow jackets,” he says. “Once you have that conversation going if something happens in a community at least you have started the trust.”

However, building that trust could be one of the biggest challenges he faces from a community that feels under siege from roving gangs and facing threats to part close garda stations.

Only last week, the issue of opening hours at Templemore raised its head yet again, with reports that the station is to close at 5pm each day.

“I saw a Parliamentary Question but nobody has spoken to me or the superintendent here in Thurles,” he says. “I have looked for reports on Templemore.”

Coming from Limerick city, Chief Supt Smart says that he will go with his experience in Mayorstone, the station that covers Thomond Park, and which has more or less the same manpower levels as Templemore. That station closes at 6pm.

“People need to be conscious if the station closes we are going to increase our visibility outside the station. I would much rather have a member going around and meeting people,” he says.

“The reassurance is that we are not here to close stations, we are here to make sure people see the gardai and our visibility on the streets. If there is nobody calling into that garda he is tied up at the counter,” he says.

While Chief Supt Smart says that he hasn’t got the full picture on Templemore, from his experience of Mayorstone that is what happened.

“It’s not taking a garda away. I am not taking them away and putting them into Thurles, Roscrea or Nenagh. They are staying in Templemore and being more actively involved in patrols. If the station has to close at a certain time, it is to get that garda out on the street where he can be seen as of more use to the public in his community,” he says.

Other issues facing the new Garda chief include gangs using the motorways to hit towns and villages such as Littleton and Toomevara, where a recent meeting on crime was told that “someone will get shot” if the problem is not tackled, and people with dogs coming on to farmland illegally hunting with dogs.

It’s not a new problem for Chief Supt Smart, as he faced the same issue in Limerick with criminals coming off the motorway.

“I’m here two weeks and I have seen the operations that are in place from district officers, with the likes of checkpoints off the motorway exits”.

“We have roving patrols, we have a very good roads policing unit, but again they focus on crime not just tax and insurance as well as the drugs unit, and the ordinary lads on the ground, the frontline, are the most important part of the job that we are doing,” he says.

But he goes back to community, saying the gardaí have to get involved with the community, through Text Alert and Neighbourhood Watch.

“We need to know that every bit of information that is out there is coming back to us. The crime prevention officer here is excellent with regards to getting that message across.

“It comes back to us to have the mechanisms in place for the public to know they can pick up the phone and let us know. It’s always the small little piece of the jigsaw - somebody saw a car or something suspicious - that links a lot of things,” he says.

“It is my function that if they see something they need to be contacting us and they need to have that support mechanism around them. Where Text Alert and Neighbourhood Watch come in to support them and that information comes into us, let us do our side of that job,” he says.

Once he gets his feet under the table, it will be matter of getting out into the communities and making that connection to let people know that information is followed up on.

“In Limerick we started the community information office - one central office and the information would come into that logged and sent to the superintendent or whoever was in charge to make sure there is a response and it is that response that we need to make sure people know about.

“We are not just listening, we are also going to respond. They are the challenges and they are what I intend to focus on,” says Chief Supt Smart.

The failure to reach agreement in some areas on the use of CCTV and who stores the information is something that has been criticised in Tipperary, with Cllr Sean Ryan complaining that CCTV had not been switched on in Littleton despite cameras being installed for over a year. There were also issues surrounding CCTV in Borrisokane and Ballina and coming off the motorway junctions on the M7 and M8.

Is the issue of who has access to the inforamtion and how it is used a blockage in the system?

“GDPR is just something that we have to deal with. It probably wasn’t something that was as strong before. I totally understand that we need to be upfront in regards to what is happening with the information, once a proper system is put in place to manage that information.

“It comes back to who owns the data. Once that is sorted then it is a matter if the Gardaí want that information. We have to talk to the person who owns the data and give them the legitimate reason why we want it and then can we use that information. It is about getting those processes in place and I think everybody in every business is trying to get their head around GDPR,” he says.

A proper CCTV system is something that Chief Supt Smart would welcome.

“It is a conversation I would certainly welcome,” he says.

In relation to illegal hunting, an issue that has been to the fore around Toomevara, Chief Supt Smart says the Gardaí need to be looking at the dog licences.

But if locals can get a vehicle registration number they can get working on it.

Proving intent when it comes to trespass is a difficult one legally and Chief Supt Smart recognises that it can cause frustration, but says: “We have to work within the law that we have, but once we know who these people are then we can go and talk to them and deal with that issue. If you get the number give it to us and leave us go and talk. If we can’t prove intent at least we start that conversation.”