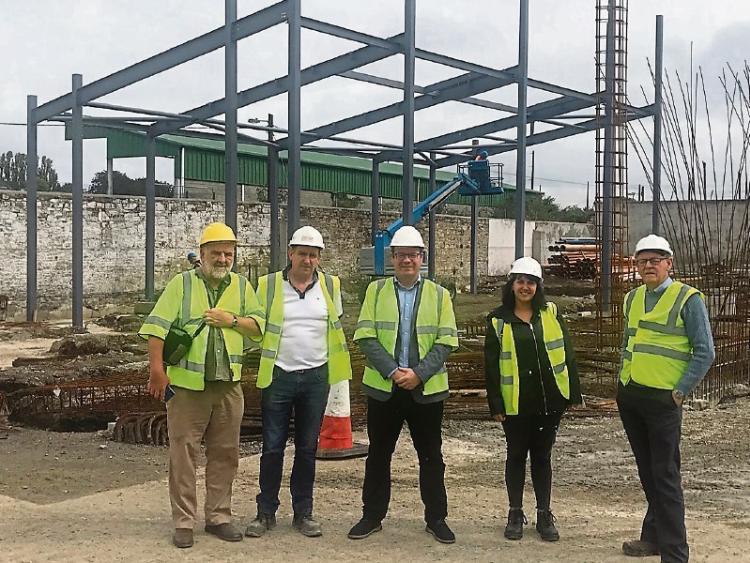 Alan Kelly TD, who helped secure funding for the new Gaelscoil at Irishtown, Clonmel, visited the site at the invitation of the school’s board of management chairperson Sean Carey to view the progress

Work is well underway on the new school building for Clonmel’s Gaelscoil.

The work is being carried out in two phases, the first of which involves the construction of the new eight classroom extension and GP room at the rear of the current site in Upper Irishtown, in the former County Council machinery yard.

Classes will be held in the new building when the existing building will be vacated and refurbished in phase two.

Both buildings will be linked at ground level and first storey level,  which will include a lift shaft and stairwell.

The school is this month celebrating the 25th anniversary of its opening.

The construction work has signalled the beginning of the end of a protracted campaign for a new school that began almost as soon as the Gaelscoil was founded and classes began in 1994.

The school community, which now includes 212 pupils and 11 full-time teachers, has endured frustrating delays for many years in its requests for a new home.

The original building dates from the 1830s and was originally built as a grammar school.

Before the Gaelscoil took up residency, it housed some of the offices of South Tipperary County Council.