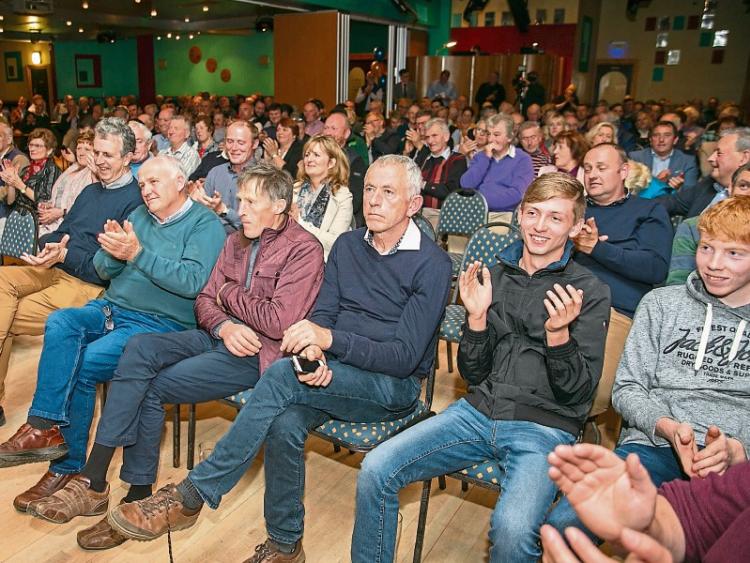 IFA presidential candidate Tim Cullinan from Ballymackey has said that the absolute priority for IFA must be breaking the stranglehold beef processors and multinationals have over farmers.

Launching his campaign at The Ragg, Thurles, in front of hundreds of supporters, the IFA national treasurer said that privately owned companies and multinationals, whose global expansion is built on the high-quality produce from farmers, are not passing a cent of that growth back to the farmer.

Stressing the unprecedented crisis in farming and the challenges coming down the track, Mr Cullinan said: “As leader of the IFA, I want to push back against the pressures on farmers, farm families, and, indeed, the pressure on rural Ireland.”

The Tipperary farmer said the IFA and its membership was a massive resource to fight for farmers and farm families, but strong leadership of the IFA was critical in delivering results.

“I want IFA to be a strong and effective organisation that farmers from every sector and every county in the country will know is fighting for them,” he said.

In a wide-ranging address, Mr Cullinan said that the big issue of the moment, the beef protest, had been coming for years.

“As we gather here, there are still farmers protesting at the gates. This situation should never have come about and has been building up for years. This is what happens when farmers become frustrated with issues not being addressed. If I am leader of IFA I will lead from the front,” he promised.

Mr Cullinan said that the beef barons had exploited their power and got into the habit of treating their farmer suppliers with disrespect because nobody called a halt with serious determination. At the same time, these same wealthy beef barons had received hundreds of millions of euro in Government grants over the past 20 years. Farmers were hanging on by their fingertips and yet the profits of processors continued to mount.

Mr Cullinan recently demanded an investigation by the Competition Authority into the cartel grip of the beef barons on the industry and promised he would not relent on this.

The Toomevara farmer also said that while the €100m compensation package for beef and suckler farmers up to May this year was undoubtedly welcome, the Department of Agriculture had now put such restrictions in place that half the fund might never get paid out.

“I will hold the Minister and the Department of Agriculture to account for this red tape and bureaucracy if one euro of this €100m badly needed money is unspent and returned to Brussels,” he said.

On dairying, he said: “There is no doubt, as a country, we have been very successful in supplying huge volumes of high added-value products such as baby foods to China and world markets. However, I don’t believe the full benefits of these markets are being passed back to farmers. This is a job for IFA, to identify these returns and demand a fair share for our dairy farmers who are producing the highest quality milk from grass in the world.”

Regarding the sheep sector, he said he has watched the downward price pressure on lambs the whole summer and he has no doubt but it is driven by the 500,000 sheep brought in from Northern Ireland.

“I want to make a promise to those sheep farmers. If I am elected president, I will fight for a special additional payment for hill sheep farmers and farmers in disadvantaged areas,” he said.

Similarly, with tillage, he said that, again, farmers were not getting the return they deserve from a flourishing drinks and whisky industry, owned by multinationals.

He made a commitment to the tillage sector that he will strengthen IFA’s negotiating power and bring all growers together to hammer out a proper share of the income to that industry.