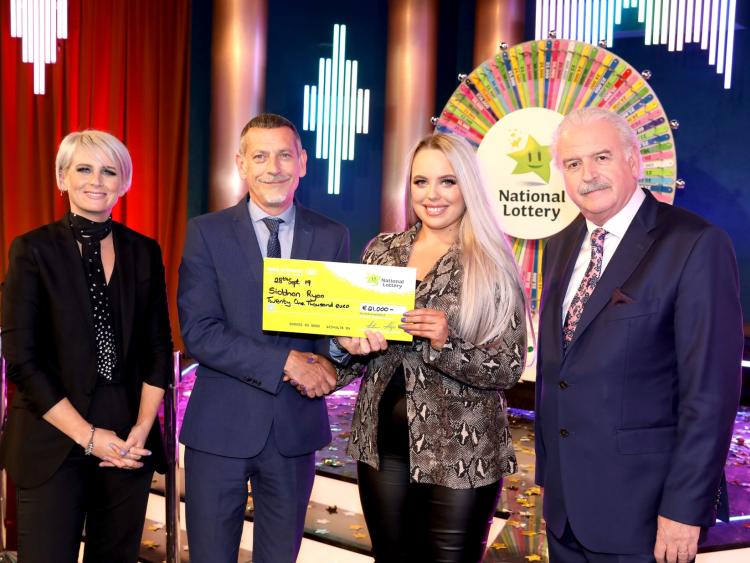 A Tipperary accounting student won a cool €21,000 on Winning Streak only a few weeks after beginning college, as Ireland’s longest running television game show returned to RTÉ One television last Saturday for the landmark 30th season of the popular National Lottery game show.

It has been a busy month for 19 year old Siobhan Ryan from the town of Drom and Inch, just outside Thurles. Three weeks ago she began college life in University of Limerick (UL) where she is studying accountancy.
Siobhann has also just moved out of her family home for the first time to a place near the university so there has been lots of changes for Siobhan in a few short weeks. The last thing she expected was a phone call from the National Lottery, informing her that she was going to be on the Winning Streak game show.
Siobhan, who works also part-time at the weekends in a clothes shop called DV8 in Thurles, was with her mum, Kathleen at the time she found out and was overcome with excitement. Kathleen and Siobhan’s dad Tom were in the audience along with her two brothers (Ciaran and Thomas) as well as a number of her friends cheering her on.
With her winnings, Siobhan will look after Kathleen who sent in the three star scratch card with her name on it and hopes to get herself a car which will be a huge help driving home to Drom and Inch every weekend to see her family.
The National Lottery game show is co-presented by Marty Whelan and Sinead Kennedy and features some perennial favorite games including Play or Pay, Roll for Riches, WinFall and Electric Dream – where one player will win an electric car worth €25,000.