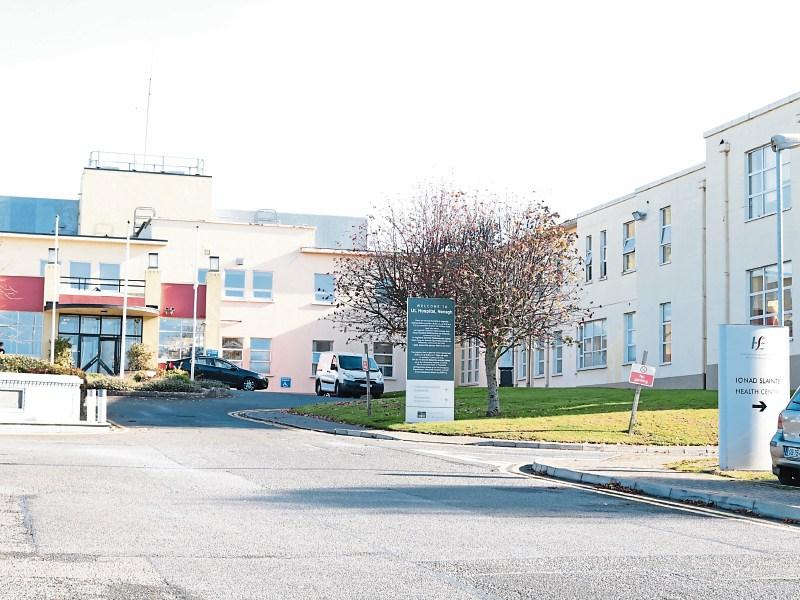 University Hospital Limerick has moved to explain how a Health Information and Quality Authority (Hiqa) report into Nenagh Hospital could find that the hospital incidence of Clostridium difficile (C Diff) infection in August 2018 was many times that of the desired HSE performance level.

But the UHL spokesperson pointed out that a single case in one month will bring Nenagh Hospital well above the national target. In August 2018, there were three such cases. There were eight cases of C Diff infection in Nenagh in total during 2018, or which three were detected in August. From January to September 2019, there have been three cases, which means Nenagh is within the desirable HSE performance indicator in the year-to-date.

The inspectors report showed that samples taken from a small number of patients who acquired C Diff infection in the hospital indicated that the strains were unrelated to each other. This would indicate that there was no evidence of cross infection between patients, a point noted by UHL.

Documentation also indicated that there was a 14% increase in broad spectrum penicillin use in Nenagh Hospital for the first half of 2018 compared with 2017. Antimicrobial consumption contributes to the incidence of C-Diff infection rates.

The inspectors have recommended that antimicrobial stewardship should be an important focus of any quality improvement plan to be implemented.

The spokesperson said that consumption of antibiotics overall in Nenagh Hospital declined by 6% in 2018, which was an encouraging trend, and the rate of antibiotic consumption overall (62.03%) was substantially lower than the national median for this category of hospital (88.08%). They acknowledged that consumption of broad spectrum penicillins did show an increase in 2018 relative to 2017, and this rate (29.04%) is slightly higher (25.16%) than national median for this category of hospital recorded in 2018.

The unannounced inspection was carried out last April and looked at the prevention and control of transmission of antimicrobial resistant bacteria and healthcare associated infections and decontamination facilities outside of designated controlled decontamination units.

The inspectors observed practice in Medical 1 Ward and ENT outpatients and endoscopy.

The report noted that the hospital had an Infection Prevention and Control and Hygiene Services subcommittee in place. However, a hygiene services managers post is awaiting approval and this is on the hospital risk register. This lack had been highlighted in a 2017 HIQA report.

Inspectors found that there were formalised governance and management arrangements in relation to the prevention and control of healthcare-associated infection at Nenagh Hospital .

The hospital did not have an assigned decontamination lead and there was no group decontamination lead position in the University of Limerick Hospital Group. A leadership role in decontamination to drive and support the implementation of national and international best practice guidance across the group in line with HSE’s own recommendations should be advanced.

Hospital management stated that decontamination and reprocessing equipment was maintained and validated to current standards in both decontamination facilities. However inspectors were informed that due to time constraints, weekly automated control tests were not completed in the Central Sterile Services Department (CSSD) in line with hospital policy.

The inspectors also found many good practices at the hospital, including Carbapenemase-Producing Enterobacteriales (CPE) management, with screening for CPE being carried out in line with the latest national guidance. There were also weekly audits of compliance with CPE screening.

There had been no known outbreak of infection at the hospital in the preceding 12 months.

The new ward was generally clean. Inspectors were informed that cleaning resources had increased since the previous inspection and this was evident on Medical 1 Ward on the day of the inspection; there was ongoing monitoring of environmental hygiene at the hospital; all patients requiring isolation on the day of inspection were appropriately isolated in single rooms; single patient use blood pressure cuffs were in use.

The report states that Nenagh Hospital, as a member of the University of Limerick Hospitals Group needs to be supported within group and national structures to effectively address issues in relation to decontamination and reprocessing of reusable medical devices in order to comply with the national standards and other national decontamination standards.

The UHL spokesperson said that the group welcomed publication of the Hiqa report.

While it acknowledged the shortcomings identified in the report around increasing staff awareness around multi-drug resistant organisms and facilities and practices within the Sterile Services Department, it was addressing all of the above through a quality improvement plan that had been developed subsequent to the inspection.

Among the measures Nenagh Hospital and the Group have taken, and have planned to take, include:

nAn automated system for decontamination of nasopharyngeal endoscope has been viewed and trial of this machine will commence in Nenagh in early 2020.

Hiqa plays an essential role in improving the quality and safety of our health services and I welcome the publication of its report on Nenagh Hospital. Every time such a report is published it is an opportunity for us to continue to improve,” said Cathrina Ryan, operational director of nursing, Nenagh Hospital. “Staff and management at Nenagh work conscientiously to provide a safe and clean environment for our patients and to minimise the risk of infection. And it is heartening to see their good practice also highlighted in this report.”