Lowry over joyed with January start for 20 more STGH beds 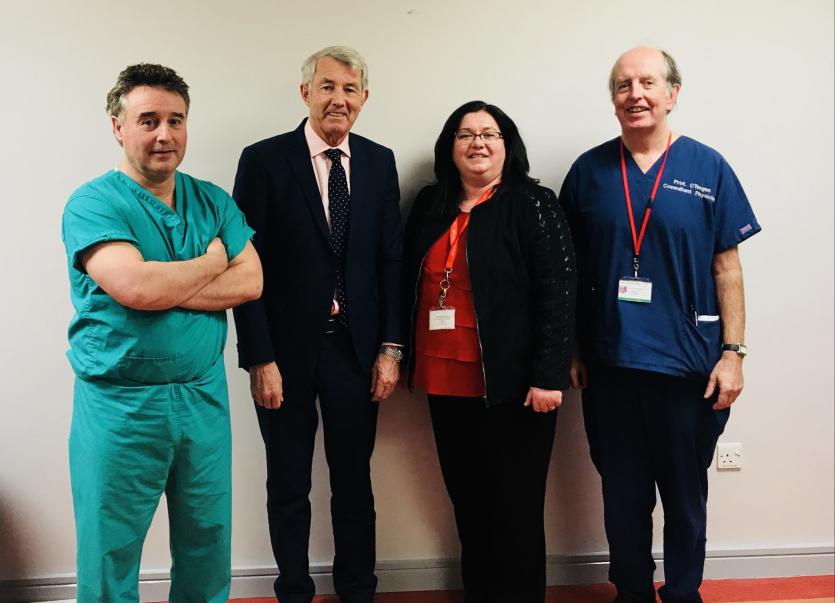 Tipperary Deputy Michael Lowry has stated that he is overjoyed with the news that 20 of the 40 additional beds for South Tipperary General Hospital will be open on January 12, with the second 20 to be open in March.

The Independent TD told The Tipperary Star this week that he had expended an enormous amount of time and energy in getting the project over the line, and despite what he termed “ the many attempts to undermine the project and embarrass me politically” the finish line is now in sight.

“We are averaging about 30 people on trolleys in STGH during the winter months and when this unit is fully operational, we will have an extra 40 beds which will eliminate the overcrowding and the trolley crisis in Clonmel. That is fantastic news and this project is being looked upon as a pioneering one with similar plans for other hospitals in the pipeline too.
“The building is complete, the fit-out is complete, the equipment has been installed and I have to say it is exceptionally well appointed and designed. People will be thrilled to see the standard of build,” Deputy Lowry said this week.

STGH is the only hospital in the country to have had additional beds sanctioned at the present time and eighteen nursing staff have completed their pre-adaptation courses and are ready to commence work, with a further fifteen currently completing their pre-adaptation courses also. Healthcare assistants, household support staff, additional doctors and assistants have also been appointed while other posts such as physios, dietitians, medical supports and clinical engineers have been filled. Interviews for cardiac physiologists are being conducted this week as well.

“From the time I negotiated and announced this initiative, there were efforts to undermine the project. Many said that it would not happen and there had been attempts to embarrass me politically. I have dedicated enormous time and effort to this and have had countless visits to the hospital and meetings with the magnificent management of the facility. I have constantly applied political pressure to keep the project moving and I am delighted now that we finally have a date for the opening of the beds. This is great news and a very positive step forward,” Deputy Lowry said.

In relation to Nenagh Hospital, Deputy Lowry revealed that Health Minister Simon Harris has instructed the HSE to add further medical step down beds to the facility and has lauded the work in Nenagh - a hospital which Deputy Lowry says is operating exceptionally well indeed.

“The feedback we are receiving in relation to Nenagh Hospital from the Department of Health is outstanding and it has managed to create a real niche for itself which is vitally important to the overall provision of services in the region,” Deputy Lowry said.