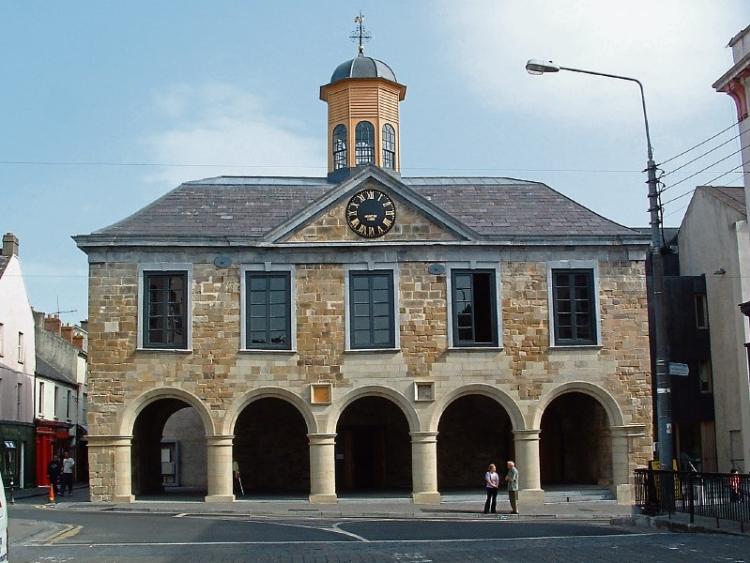 The sight of people  sleeping under the arches of the Main Guard “night after night” was “a poor reflection” of the premier building in the main street of Clonmel, it was stated at a meeting of Clonmel Borough District.

Cllr. Niall Dennehy, who made that claim, asked why were people sleeping rough in that area of what was the premier town in the premier county.

He made it clear that he wasn’t casting aspersions on the work of council staff to help the homeless.

Cllr. Richie Molloy said the sight of people sleeping overnight at the Main Guard was “bringing the town centre into disrepute”.

People had been sleeping there for the last year and the numbers had increased in the last month or so.

The area was sometimes used as a toilet and this wasn’t the place for that behaviour.

He said you couldn’t have an historic building like that used in this way.

“Are these people genuine? If so the state agencies should assist them, and if not something else should be done”, said Cllr. Molloy.

The public was looking to the council to see what it was doing in this regard.

Cllr. Pat English said that homelessness was an ongoing problem and he requested the District Manager to have a look at it again.

Some homeless people were very vulnerable and when they visited the council offices were asked to leave because they hadn’t the paper work in order.

Cllr. English said he knew some people who were living for the past six weeks in a car, while others were living in the former Eircom building (which is now empty) in Clonmel.

He said the council should have a serious look at the way homeless people who visited the front desk at the council offices were treated.

Cllr. Siobhan Ambrose said it was regrettable to see people, such as those at the Main Guard, living in such circumstances.

However she said that council staff went above and beyond the call of duty to help people who she knew were homeless.

District Manager Sinead Carr said the vast majority of people who presented as homeless were helped.

The council had a very robust homeless structure in place that provided supports for those in need.

The council provided whatever assistance it could in terms of basic human needs.

She said she could sit down with Cllr. Dennehy and  go through the issues connected with those sleeping under the arches of the Main Guard.

The council had three clinics a week in Clonmel for those who presented as homeless, and also assisted people who had difficulty dealing with paperwork.