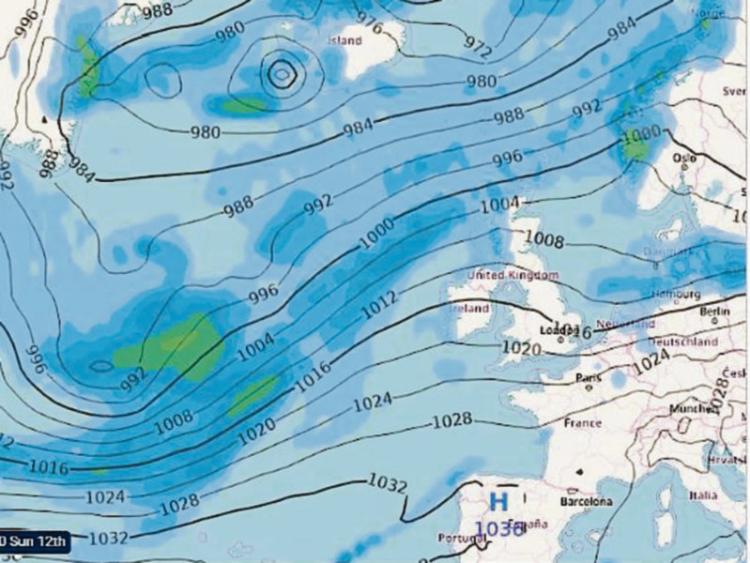 Worst weather expected in Tipperary between 11am and 1pm

Storm Brendan has made landfall on the west coast and is tracking across the country.

Damaging winds with a threat to life and property are expected across the country.

The worst of the weather is expected to hit Tipperary between 11am and 1pm but severe winds are already picking up.

Motorists are urged to be particularly careful on the roads with the risk of fallen trees.

The head of forecasting at Met Éireann has said there will be "several hours of very dangerous weather" as Storm Brendan tracks across the country, as gusts of up to 100km/h have been recorded in the west.

Status Orange wind warnings have been issued for all counties.

Evelyn Cusack said things will "liven up considerably during the morning" as Storm Brendan grows stronger.

She said that pressure is falling rapidly in the west where winds are picking up, while heavy rain is beginning to fall in the southwest.

She said there was a risk of localised flooding, local structural damage and uprooted trees.

Speaking on RTÉ's Morning Ireland, Ms Cusack said the storm effect will be worse along the west coast from Kerry to Donegal until around 10am and will "peak in the east" this afternoon.

Met Éireann has said gusts of up to 130km/h could be registered in Atlantic coastal areas later today.

Wind gusts of 100km/h have been reported at Sherkin Island in Cork, with 94km/h gusts in Belmullet, Co Mayo.

The Orange warning for Connacht, Donegal and Kerry came into effect at 5am and is valid until 9pm.

A similar warning for the rest of Munster, all of Leinster and counties Cavan and Monaghan came into effect at 8am and will remain in place until 3pm.