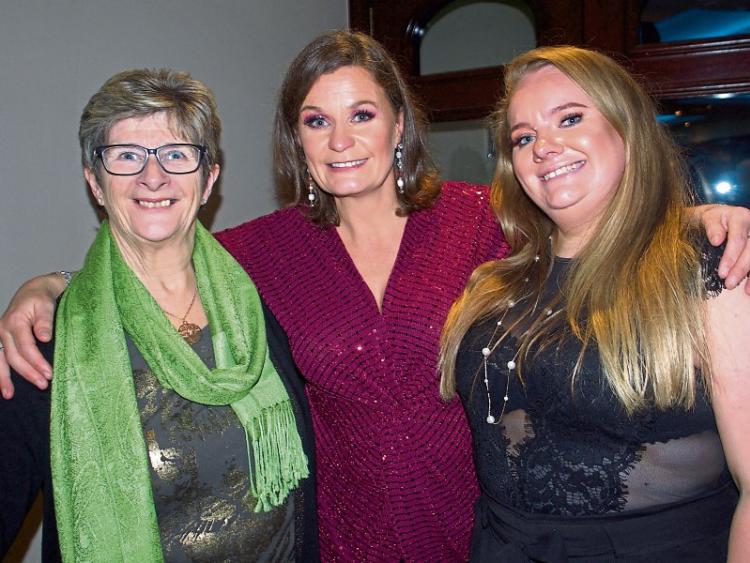 A large crowd gathered in the Carraig Hotel last Saturday night to enjoy the music of Joe Dolan and Daniel O'Donnell at a charity tribute night in aid of the South East Radiotherapy Trust.

The Joe Dolan and Daniel O'Donnell fans who flocked to the event also enjoyed hot refreshments and a raffle with a large number of spot prizes.

The event was organised by Marion Norris and Kay McAuley, who were delighted with the public support the event received, the sponsored  prizes donated and help with ticket selling.

The transport service is run by volunteers and has been in operation since 2005. SERT has a team of 300 volunteer drivers of seven mini-buses in the South East region making two trips per day to and from the hospitals.

In Clonmel there are now 42 designated voluntary drivers who cover Co. Tipperary towns and villages  picking up passengers from Bansha, Cappawhite, Cashel, Clogheen, Ardfinnan, Clonmel, Carrick-on-Suir, as well as Piltown, Fiddown and Mooncoin in Kilkenny to transport them for treatment and home again.

Denis praised the volunteer drivers for their dedication and teamwork and assured the highest confidentiality for all those availing of the transport services.

He recalled that one of the very first fundraisers for SERT was organised by Treacy Park residents in Carrick-on-Suir.

Denis also paid tribute to the HSE which contributes to SERT by providing fuel for the buses and secure parking in some locations.

He said the  service SERT provides is a  support to family members who may not always have the time off to accompany or drive the patients to the hospital for treatment, which can span between 20 and 40 days.