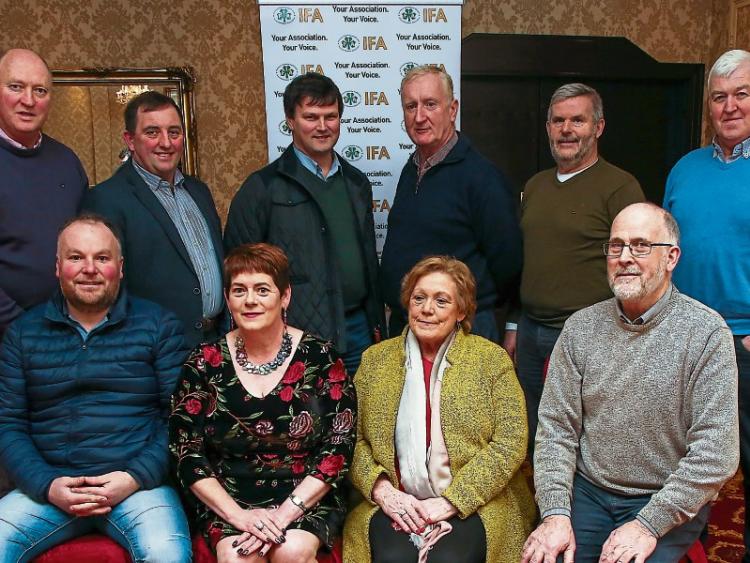 “We started 2019 with many beef farmers finding it difficult to get cattle killed with factories using the situation to keep prices depressed,” she said.

The problems continued with farmers protesting outside factory gates at the end of July.

“We can argue until Doomsday as to the rights or wrongs of the protests, but it’s important to acknowledge that the protests were borne out of frustration. It is time factories and retailers were held to account and a fair share of an animal’s value was returned to the primary producer,” she said.

On tillage, Mr Walsh said that tillage farmers produced a premium product and they will have to receive a premium price “We will not allow this sector to be wiped out like the beet industry,” she said.

The demise of the sheep sector was a concern and will need to see increased direct funding.

She said that the dairy herd continued to grow and that brought challenges as well as opportunities, among those being the calf debate and co-ops who will have to ensure that farmers get a fair return

“Thankfully the outlook for 2020 is reasonably positive,” she said.

Brexit was the most serious threat to our agri-food sector in the history of the State, and with €4.5bn of exports into the UK, no other member state or sector was as exposed. “We must ensure that there will be no lowering of standards by the UK and no unfair economic competition. We must maintain the value of the UK market and no hard border on the island of Ireland,” said the IFA chair.

CAP reform 2020 is on the agenda. CAP will have to ensure that family farms remain viable and the debate on the armchair farm will have to happen.

Ms Walsh said that words could not do justice to the feeling of pride in Tim Cullinan being elected the 17th president of the IFA.

“Tim is a man of the highest integrity, who tells it as it is and whose work ethic is of the highest standard and who always works fearlessly for the farmer,” she said.