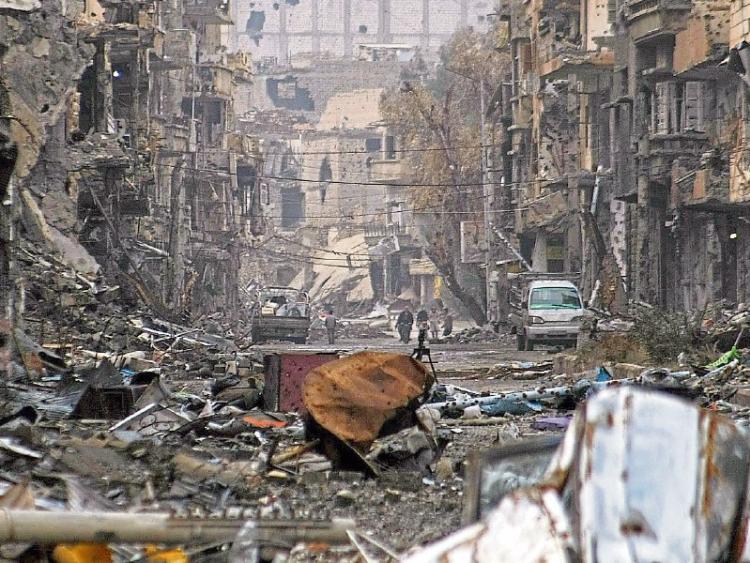 A war-ravaged street in Syria

Sixteen families of Syrian refugees will arrive in new homes in Clonmel between late March and the end of summer.

The refugees, the majority of whom are under 25, will be accommodated in council houses and are among 230 people in 45 families who are also coming to Tipperary town, Nenagh and Templemore.

The Syrians have fled war-torn areas of their own country and Padraig Ryan, senior social worker with Tipperary County Council, told a meeting of Clonmel Borough District that they had all been security-vetted by Gardaí and deemed to have been refugees by UNHCR (United Nations High Commission for Refugees).

The Department of Justice and Equality had also liaised with people on the ground in Syria.

Mr. Ryan said that a similar programme in Thurles had been very successful and families had integrated into the local community.

Two resettlement workers and two integration workers (one of whom speaks fluent Arabic) would work with the families.

Youth Work Ireland Tipperary, an organisation with vast experience working with young people, particularly the disadvantaged, will work with the refugees on behalf of the county council.

They will actively support all of the families to access services and integrate into the community, both through government agencies and local community and voluntary organisations.

Cora Horgan, CEO of Youth Work Ireland Tipperary, said that resettlement and intercultural workers will spend time with families, on both an individual and group basis, determining their needs, as well as working with agencies and local groups to identify available supports and to encourage a positive integration experience for all.

She said that obviously there would be challenges, but she was very excited about the resettlement programme, which would help the families build better lives for themselves.

Families would have access to English language classes and GP care, educational support, intercultural training and they would get to know the local community.

“Integration with communities is key”, she stated.

These were families who left their homes and travelled across the world for the safety of their children, she said.

They had spent three to four years in camps in Jordan and had also spent some time in reception centres in Ireland.

Cllr. Niall Dennehy said they all wanted to work with and not against the programme.

He asked if there would be consultation with residents in areas where the refugees would be resettled, and how it would impact on their already strained resources in terms of health and housing.

He said they would want to embrace the notion of equality through consultation.

This would only work if there was consultation.

“If there’s any secrecy around where they are going, and if it happens on Friday evening and people only find out about it on Monday morning it won’t work”, he said.

Cllr. Pat English said he would welcome the families but a lot of people wouldn’t, and the devastation that had occurred in Syria was something they would have to get across to people.

He asked if the resettlement programme would displace anyone on the council’s existing housing list.

District Mayor Garret Ahearn said it was important that they took responsibility and showed leadership in welcoming the refugees, and that they were open and willing to do so.

It was important that they sent out a positive message, while stressing that the Syrians had been vetted and assessed.

Cllr. Richie Molloy said he was sure people would want to know that the refugees had been checked out properly regarding Garda vetting, but the vast majority would welcome the fact that Ireland was playing its part.

Ireland was a very small country and couldn’t accept too many refugees but people would accept that these people were coming from very difficult situations.

It behoved all of us to ensure they were properly integrated into society and Irish people had done that over the years.

County Council housing officer Sean Lonergan said there would be consultation with the elected members and the people of the town.

The council would continue to house people who were most in need and they wouldn’t be inconvenienced by this programme.

During a four-year plan currently operating, the council would provide 1,000 new housing units throughout the county by 2021.

The refugee programme would account for only one per cent of the tenancy allocations during this four-year programme, Mr. Lonergan said.