'Frustration' over downgrading of Nenagh Hospital 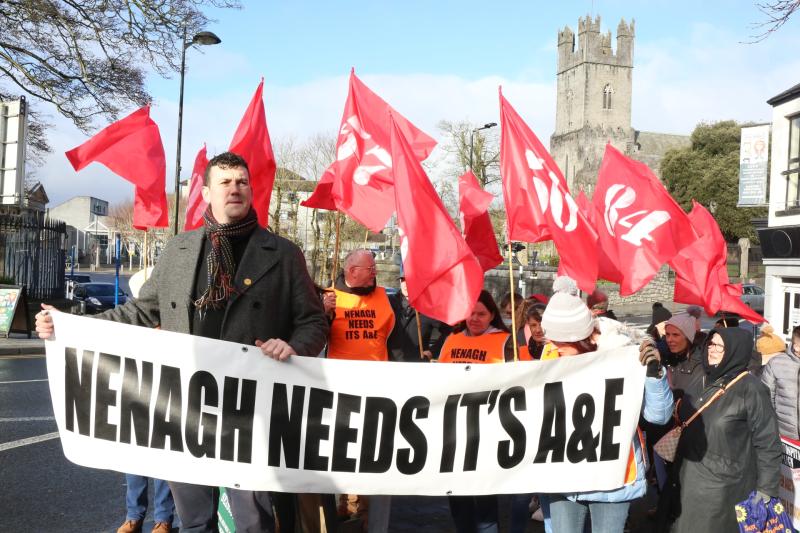 A spokesperson for the Nenagh Needs its A&E campaign has said that organisers of last Saturday's protest march in Limerick were "very pleased" with the response to the march.

Damian O'Donoghue said that it was estimated the attendance was close to 4,000 people.

At the front of the protest, 92 flags, each representing one of the patients that broke the national trolley record at University Hospital Limerick in early January.

"The anger was palpable and so was the emotion. Many of those participating in the march shared their own personal stories of a trolley nightmare that forced them on to the streets in desperation," he aid.

Mr O Donoghue, who addressed the march, spoke of the support in Nenagh for the campaign and the frustration and anger out there as a result of the downgrading of Nenagh Hospital and its lack of a 24-hour A&E.

He also spoke of people from North Tipperary who have waited for over 10 hours in Limerick and left without being seen.

He said that these conditions were unsustainable and unfair and that action is needed immediately for both patients and staff.

The organisers of Saturday's Enough is Enough March for Proper Healthcare – representing health action groups from Limerick, Clare and Tipperary – said the next wave of the campaign must focus on forging alliances with other such groups in the West, building towards a mass national demonstration.