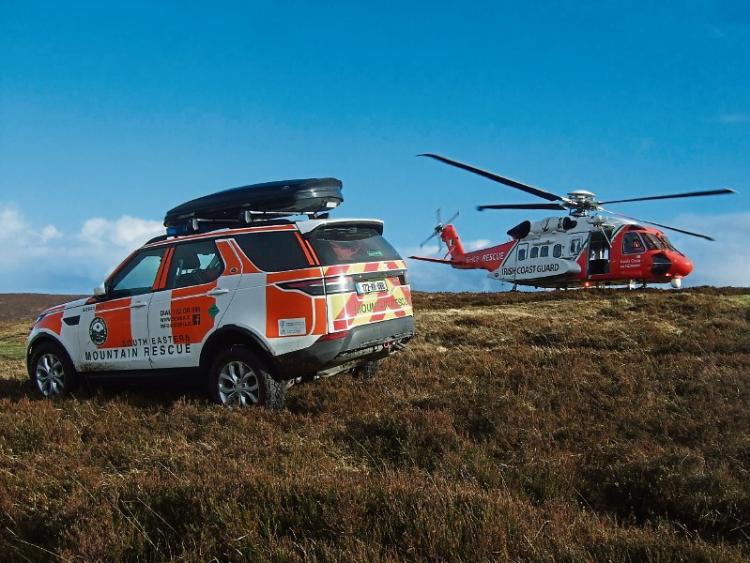 A man aged in his 60s was airlifted to hospital after falling near Holy Year Cross on a hill overlooking Clonmel yesterday (Sunday) afternoon.

The man, who is from the Clonmel area, slipped while walking and injured his leg.

The South Eastern Mountain Rescue team was finishing search and rescue training at the Mahon Falls on the other side of the Comeragh Mountains when received an alert about the injured hiker at 2.25pm. The team along with the Coastguard Rescue 117 helicopter went to the scene of the accident

South Eastern Mountain Rescue team members stretchered the injured man to the helicopter, which transported him to Waterford University Hospital. The rescue operation was completed within about 40 minutes of the emergency call out. A paramedic taking part in the rescue suffered an ankle injury when he also slipped on grass on the hillside.