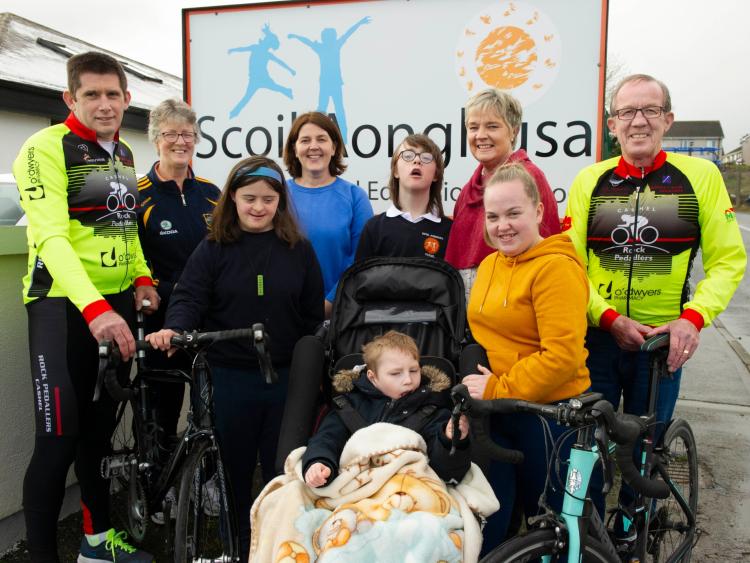 A phased programme of development underway at Scoil Aonghusa in Cashel is designed to bring enormous benefits to the pupils at the school with major fundraisers planned this month.
The ambitious plan for the school, which is in urgent need of more space to allow 115 pupils to thrive and enable staff to help them reach their full potential, was launched this time last year.
Space is at an absolute premium at Scoil Aonghusa, with a multi million plan to transform the school with a four/five phase building programme in the pipeline.
Scoil Aonghusa caters for pupils with intellectual disability, challenging behaviour and life limiting conditions with profound disability in a pre school, primary and secondary unit providing a full curriculum with a programme tailor made for each student.
The implementation of the building plan will transform Scoil Aonghusa, providing ten new ASD classes, a sports hall and extra pre school ASD rooms. Land beside the school has already been acquired.
Since the plan was announced this time last year, a sensory playroom and gym sensory has been completed and is making a big difference to every day life at the school.
As ever the fundraising drive for Scoil Aonghusa is in full swing and the coming month is a very busy one.
This month a fashion show will be held in Halla na Feile in Cashel on Thursday, March 19 , and on March 29 a 100k Cashel Rock Peddlers cycle event will be held.
These are two very important fundraisers for Scoil Aonghusa. The fashion show at Halla na Feile follows on from a very successful variety concert held at the same venue last year and the cycle has become an annual get together enjoyed by all who participate.
"These fundraisers are crucial to help us achieve the overall plan. The building we are in is very cramped. We manage to make the best of the space we have but we do need a lot more space to offer the children the best environment we can. What is planned is so important for the children and their day to day school life. The pupils, and their families will benefit from this plan," said Ciara Gleeson, Vice Principal at Scoil Aonghusa.
The development, said Ciara, will make a big difference to the children as it is delivered in phases.
Already the playroom and sensory gym which was opened last September has made a world of difference to the activities the pupils can avail of.
The playroom and sensory gym was funded by Abbott staff as the project was the designated cause of the Clonmel based company for the charity for the previous eighteen months.
"It is a safe area for the pupils and it works on their gross motor skills. It is a dedicated space for occupational therapy programmes .It is for children with a lot of sensory processing difficulties. Before the new playroom and sensory gym was open the pupils would have had to use a corner of a class or go out in the hall. Now they have a purpose built facility which is wonderful for everybody." said Ciara.
Ciara said the fashion show, which includes a school performance and a performance by a Lamh choir at the school, gives the an opportunity to the children to be involved in the fundraising process by being part of the events.
"It is great fun for the children to prepare for the night by practising what they are going to do and they love being ivnolved. It gives them a chance to go on stage which they love to do," said staff member Mary Burke.
Thirty children will be performing with the Lamh choir, an Irish sign language choir which consists of verbal and non verbal performers with some singing and some using sign language.
Students from Cashel Community School will be parading their junk kouture fashion at the show, and all the classes in Scoil Aonghusa have their own silhouette to dress up for the event.
“Fifty eight children will be taking part in the show and for the first time some of them will be on stage without any adult which shows the progression the children are making at he school.” said staff member Helen Breen Thompson.
DJ Horan of the Cashel Rock Peddlers said they were delighted to be associated with the fundraising cycle.
“Everybody in Cashel and beyond greatly appreciate and value the wonderful work that is being carried out in Scoil Aonghusa.The cycle is a great day out and it is always very well supported” said DJ.