Murders of two RIC men in Tipperary to be remembered 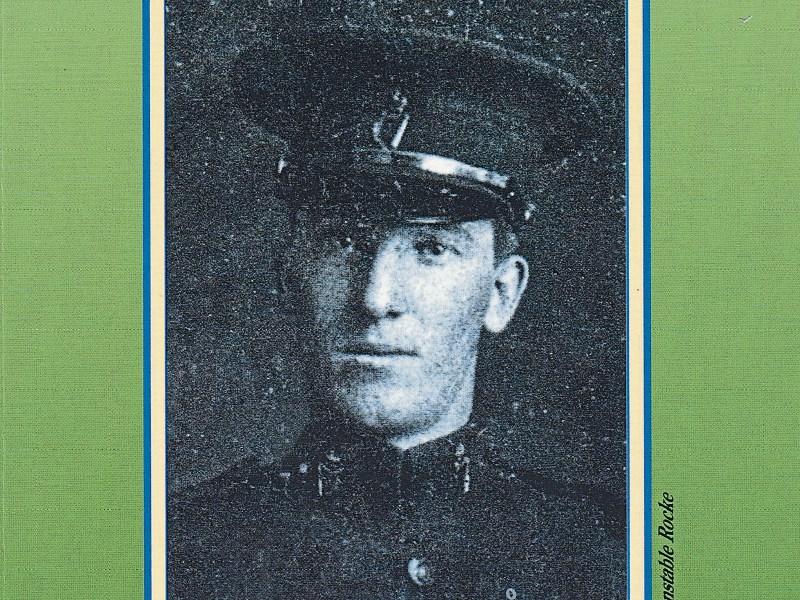 RIC man William Rocke: the centenary of his murder will be recalled in Toomevara next Monday

The grandnephews of two unarmed police constables in Toomevara in 1920 will gather in the village next Monday, March 16, to mark the centenary of the killings.

The deaths outside the parish chapel were the first to take place beside a place of worship and launched a train of events which culminated in the shooting a few days later of Cork Mayor, Thomas MacCurtain, according to local author Brendan Lynch.

Recalling the events on Tuesday, March 16, 1920, he said two 26-year old constables, Charles Healy and William Rocke were among the large congregation at a special Novena Devotions in Toomevara. As they left the chapel just after seven, they were shot in the back by two disguised men.

Rocke, who had been stationed in Toomevara for only a fortnight died on the road a short time later.

Healy was shot repeatedly but held on to the square’s abbey wall, before collapsing and being removed by locals and a priest to the barracks. He died the following day in a Limerick hospital.

Another churchgoer, Con Treacy, was wounded by a ricochet bullet.

Rocke was the main support of his widowed mother in Kiltormer, Galway. Healy was the son of a nationalist Bantry councillor.

National and local media reported the murders and inquests extensively. Toomevara’s  Dr Williams told the inquest that William Rocke was one of the quietest men he had ever met.

Of all the churchgoers, only one agreed to give evidence. Michael Searson, who lived close to the chapel said: "I heard shots. I heard a voice saying: 'O God! Oh God!' I got into my own house. I did not see any more, I was so much frightened, I remained indoors."

Fr Dooley, who had rushed to the scene from the chapel and placed his hat under Rocke’s head, quoted his final words: ‘“What will my poor mother say when she hears that I am shot?”’

Unaware that the killers were locals, he said: "A vile thing has been done and I can scarcely believe that anyone in our parish has done this dastardly deed... The murderer came into our midst and branded with his bloody hand the stigma of his crime on the brilliant escutcheon of our parish."

The Toomevara murders had wider repercussions.

Among those who greeted the arrival of Constable Healy’s remains in Cork was fellow-constable, 46-year old widower, Joseph Murtagh. Returning from the funeral, he was ambushed and shot dead by an armed gang beside the river Lee on Pope’s Quay.

Angered at yet another killing, a group of RIC men the following day shot Cork Mayor, Tomas MacCurtain.

The cycle of violence which commenced in Toomevara could be said to have claimed another victim. Twenty years later, MacCurtain’s son, Tomas, shot and killed Det Garda Roche in Patrick Street, Cork.