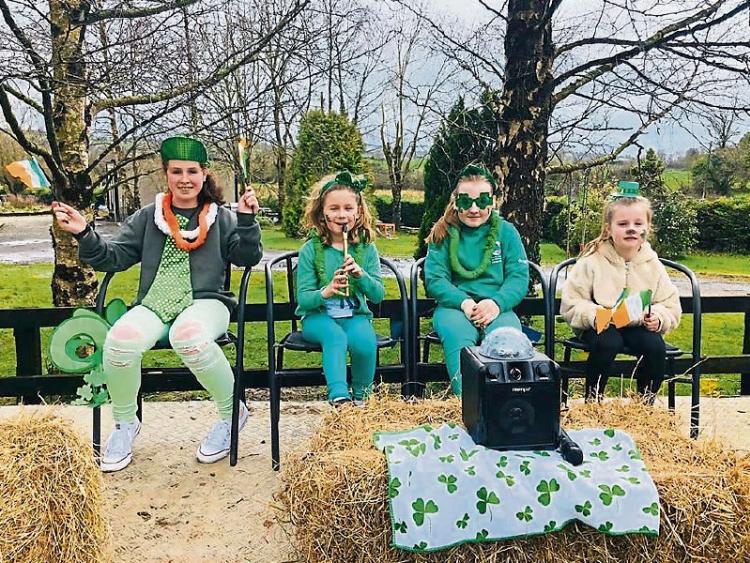 Pictured is a homemade parade sent in by Corli Stanford

In light of the ongoing crisis, the Roscrea Heritage Society decided to stage an ‘online’ St Patrick’s parade, inviting members of the public to post their own memories on social media.

“So to keep things as normal as possible we’d like it if you would post any pictures of past parades you may have, post videos of you having a sing song, doing jigs and reels, dress up in green or as St Patrick.

“Something fun to keep us occupied during this time,” stated a spokesperson.

Festival goers were invited to post them on the Roscrea Heritage Society page during St Patrick’s week, and last weekend.

On Tuesday this week, March 24, there was to be an announcement of a prize for the three best entries uploaded. We will have the winners in next week’s edition.