Tipperary littering a 'criminal act by a tiny minority' 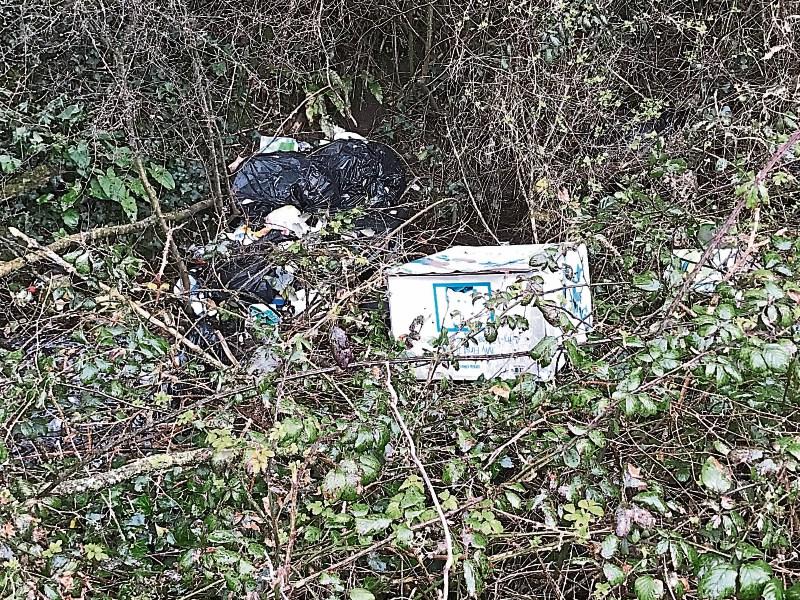 People dumping litter along a road on the outskirts of Nenagh have been condemned by a local councillor.

Over the past while the Grallagh road from the town’s bypass to Kilcolman has become a target for illegal dumping with the local council removing rubbish on a regular basis.

The latest dumping, which looks like toy boxes, as well as household rubbish, has been condemned by Cllr John Carroll, who represents the area.

“Dumping of household refuse on country roads and into our river systems is a criminal act by a very tiny minority who care little about the health of their environment,” he said.

Cllr Carroll said that they were contributing in a major way to poisoning their own water systems and that of their children’s water quality for the future.

Cllr Carroll was also reacting to dumping on the R445 at Tullaheady and at Carrigatoher, Nenagh.

The Fianna Fáil councillor has constantly highlighted the issue of fly tipping at council level and has asked the council to provide extra cameras at particular locations to identify the culprits.

He also wants to ensure that heavy penalties apply to these “common criminals and spongers who care little for others”.

Cllr Carroll said that he was happy with the recent provision of hidden cameras by the council at particular locations which will focus in on and catch what he said was the small number who were engaging in this criminal activity.

“This tiny minority seem to have no shame and are nothing short of spongers who let themselves and their families down, especially when there are excellent and cost effective recycling facilities at the Nenagh recycling centre,” he said.

Cllr Carroll said that the dumping was especially hard to fathom in the current and difficult climate when the coronavirus was presenting major concerns for so many of our citizens, and with so many of our citizens all playing their part in various roles to ensure we work through these key challenges in the weeks ahead.

“It is now the duty of this tiny minority to play a pro- active role and act responsibly and not put further pressures on local services at a time when services are stretched to maximum capacity,” said Cllr Carroll.