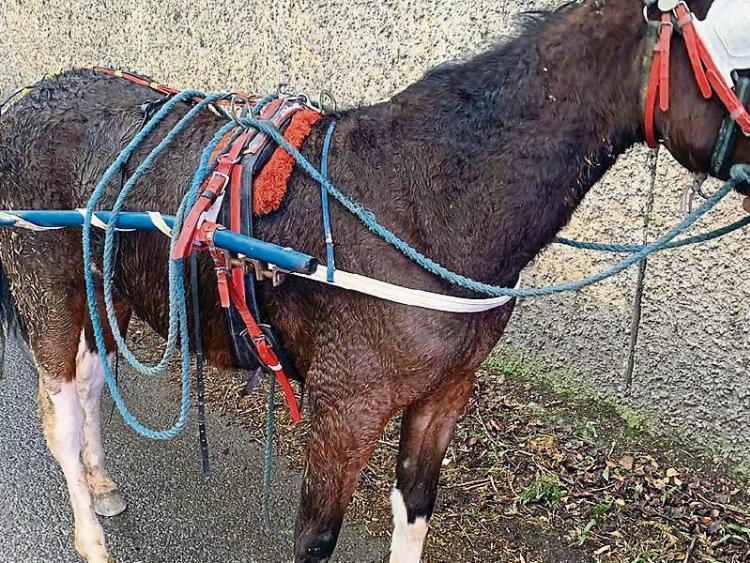 The pony seized by gardai in Clonmel last Saturday.

Gardai conducting a patrol in Clonmel to ensure the public are abiding by Covd-19 restrictions seized a pony from a man last weekend because he had no legal documents for the animal and was making a non-essential journey.

They stopped the pony, which was drawing a carriage at Powerstown, Clonmel on Saturday afternoon. According to garda the pony and carriage were posing a danger to others.

The man driving the pony and cart admitted not having legal ownership documents for the pony and that he was making a non-essential journey.

The pony was seized under the Control of Horses Act and is now being looked after at a horse pound. Gardai are currently compiling a file to seek direction in relation to pursuing a prosecution