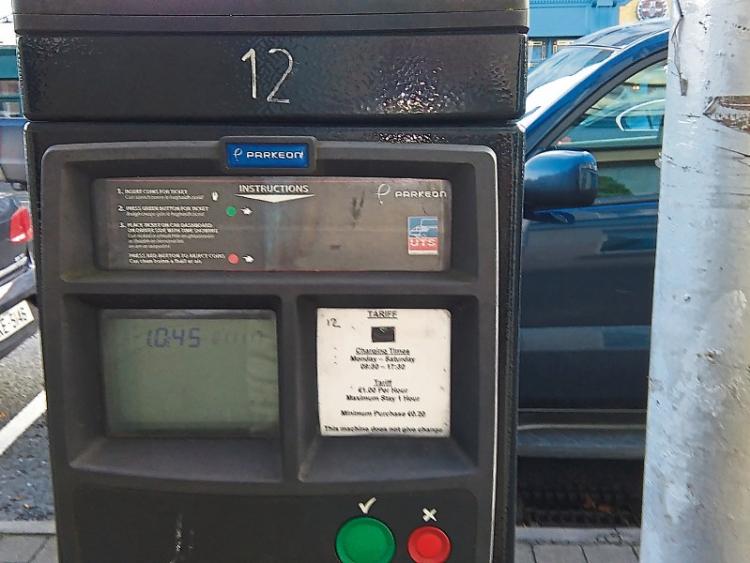 An appeal to extend the 30 minutes free parking that’s available in Clonmel’s Mary Street car park to 45 minutes has been turned down.

A request to extend until the end of August the free parking that was available on-street and in council-owned car parks in Clonmel for three months during the Covid-19 lockdown has also been refused, with full enforcement of pay parking resuming from last Monday.

However there’s better news for motorists who purchased long-term parking permits, with the news that the validity of those permits will be extended.

District Administrator Michael Moroney also told a meeting of Clonmel Borough District that a review of parking charges wouldn’t be necessary until a significant change happened that would affect parking patterns.

This was likely to be the case when the proposed Town Centre Urban Design Project was implemented - and this could happen in 12-18 months’ time - “or if a significant new user sets up in the town centre,” he said.

District Manager Sinead Carr said that Michael Moroney’s examination of the effectiveness and impact of town parking, and the current town parking strategy was “the most comprehensive evidence-based information on how parking was working”.

She said that was what they were working on, not people’s perceptions.

Cllr Michael Murphy (FG) said 30 minutes free parking in that car park was really welcome, but people repeatedly said to him that by the time you found a space and parked your car ten minutes could have passed. That was why he thought the period should be extended by 10 or 15 minutes.

He said businesses were still feeling the effects of lockdown and “the town centre needs whatever little boost it could get”.

In the light of concessions granted by utility companies and health insurers, Cllr Murphy said the validity of long-term parking permits should be extended, following the Covid-19 restrictions.

Cllr  Richie Molloy (Ind) said “you won’t do much in a half an hour” and it would take you that long to say hello to a few people.

He agreed the free half an hour in the Mary Street car park should be extended to 45 minutes. The longer people stayed shopping the better, because even before Covid a lot of shops around the town centre had closed.

District Mayor Siobhán Ambrose (FF) said she had only heard positive comments about the free half an hour, but  if that was extended to 45 minutes then people would look for an hour.

However, she believed that free parking should be extended to cover August, as businesses started to reopen.

Cllr Pat English (WUAG) agreed that the off-street free parking should be extended.

He said that parking charges in Clonmel raised €8 million, at a cost of €3.5 million to the council, between 2014-2019. He asked if the remaining €4.5 million was spent in Clonmel or if it was shared throughout the county.

Michael Moroney said that large amounts had been spent on roads in the district from the additional funds generated by parking.

Cllr John Fitzgerald (FG) said there was no point in chopping and changing the parking arrangements at this stage as it would create “chaos”.