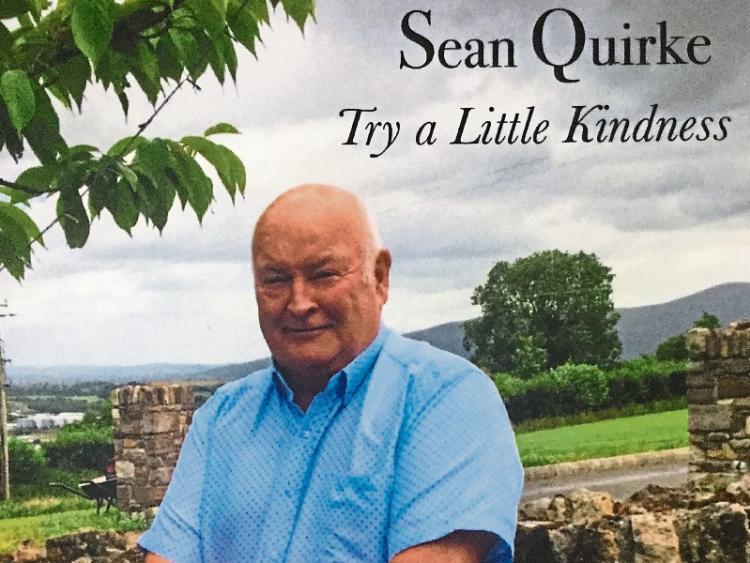 A singer/songwriter who played support for top acts including Joe Dolan and The Miami Showband has launched a CD to raise funds for hospital radio.

Try A Little Kindness is the new release from Sean Quirke, who is donating proceeds from its sale to the hospital radio at South Tipperary General Hospital.

Sean has presented a programme of mostly American country music on the radio station for the past two-and-a-half  years.

“It provides a service not only to hospital patients but to the community,”  he says.

The station has been closed since the onset of the Covid-19 pandemic. Once it reopens the funds raised from the sale of Sean Quirke’s CD will be donated towards the purchase of new studio equipment.

He decided to record the CD “while the voice is still in pretty good condition”. It was recorded at GAF Studios in Knockgraffon, Cahir with Joe Gallagher.

Try A Little Kindness includes 12 tracks and its production has been a labour of love for Sean Quirke.

“I have been singing since I was a child and these are the songs and singers that have influenced me going back the years,” he says.

Other songs include Kris Kristofferson’s Sunday Morning Coming Down, Ricky Nelson’s I Need You Honest I Do, Some Broken Hearts Never Mend by Wayland Hollyfield, Seven Spanish Angels (a big hit for Ray Charles) and the title track.

Sean played as the support, or relief act for The Miami Showband and Joe Dolan before he emigrated to Stockwell in south London in 1972.

There he says he met “herself”, his wife Margaret, who is from Croydon in south London but whose mother was Madge Lonergan from Scrouthea in the Old Bridge area of Clonmel.

Sean maintained his involvement and interest in music during his time in London, where he performed in many of the popular Irish dance halls including the National in Kilburn and The Harp in New Cross.

The couple returned to Ireland to live in Scrouthea in 1978.

Four years later he reached the house final and the regional final of the Carling Superstar contest, and finished runner-up in the overall final at the Cork Opera House before an adjudicating panel that included the late Gay Byrne.

Sean, who originally hails from Clondulane near Fermoy, worked as a postman in Clonmel for almost 35 years until his retirement three years ago.

He has also had a long association with Clonmel Óg, joining the hurling and football club two years after its foundation in 1984.

He served as secretary for 10 years during a pivotal time in the club’s history, when its new grounds and clubhouse on the bypass road were being built.

Sean has also served as club chairman and as chairman and secretary of the juvenile club. The office of registrar is another that he has filled and he’s now president of Clonmel Óg.

While he doesn’t perform live as often as he used, he has written several songs for the GAA club, six of which have been recorded on CD.

He says his grandchildren keep him busy. Son Adrian  lives in Clonmel with his wife Sarah and the couple have two sons, Danny and Adam.

Sean and Margaret’s daughter Fiona lives in Cork and she and her husband David also have two sons, Dylan and Gavin.

Try A Little Kindness is now on sale for just €10.

“The more money I can raise for hospital radio the better,”  says Sean.