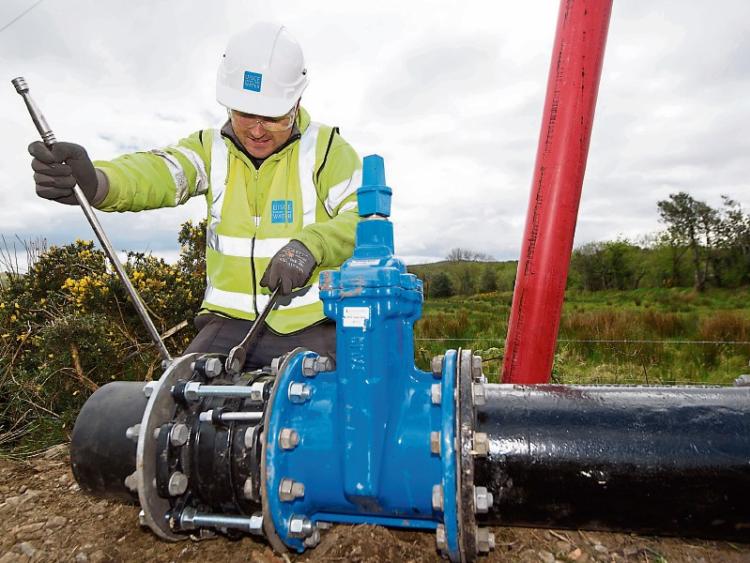 A Cashel family with young children is this week submitting a written complaint about Irish Water to the Commission of Regulation of Utilities after they were left without water supply for nearly three weeks.

A frustrated and angry Zita Hannon from Dun Aobhinn, Boscabell, Cashel pointed out to Irish Water during her battle to get water restored at her home that her family was being left in a “dangerous” situation in view of the Covid-19 pandemic.

The Hannon’s water supply was only restored a day short of three weeks after the outage happened despite the fact they contacted Irish Water customer services regulary about the problem between August 20 and Wednesday, September 9.

Zita pointed out that when Tipperary County Council workers eventually called to them on Wednesday, September 9 to restore the water supply they informed the family the council were only contacted  that morning about the problem.

Cashel’s Cllr Declan Burgess said the Hannon family’s experience indicated Irish Water didn’t take their complaints seriously and it was a prime example of the utility’s lack of communication skills.

The Hannon’s home was among a large number in Cashel left without water on August 20 due to electricity outages caused by Storm Ellen and a watermains burst. But water was restored to most homes in Cashel within a few days  and their house effectively remained without a water supply. While they had some water the pressure was too low for them to use it.

Zita said during the three weeks they had no water to shower or wash themselves or wash food, clothes or dishes.  She went to a friend’s home in Dualla to shower herself and her son and daughter   and wash the family’s clothes while her husband showered at the Horse & Jockey Hotel where he is a member of its leisure centre.  They collected water in five gallon drums from her Dualla friend’s outdoor tap to bring home for cooking, cleaning and to pour down the toilet cisterns so they could flush.

She said it was particularly difficult when her children, aged three and five, returned to school and playschool. “They were coming  home to no hot and cold water to wash their hands and not enough to bathe or shower them.”

Zita  sent Irish Water an email of complaint on September 4 highlighting how they were still without water 14 days after first reporting the outage. She  and her husband also phoned Irish Water every day from September 4 onwards but promises that a representative would  phone  them never materialised.

“We have two young children and we are in the middle of a pandemic. Can you please explain to me why nobody has even picked up the phone to keep us informed of what is happening. I am absolutely furious at this stage, it is just dangerous,” she declared in the September 4  email.

Zita received a response from an  Irish Water customer services advisor four days later on September 8 apologising for the delay in responding and explaining that the utility had experienced a  high number of emails lately.

The customer services adviser said he had reviewed the information Zita provided about her water supply and passed it onto Irish Water’s complaints department, which was dealing with the issue. He added that once an update was available, a member of the relevant department would be in contact.

She emailed the utility again on September 10 after Tipperary County Council water services workers called to them the day before.

She requested to know what date Irish Water notified the council about their problem as the council workers informed the family they were only contacted on the morning of September 9.  Irish Water didn’t respond to her email.

She said their water supply was restored within a day of the council workers arriving.

Cllr Burgess accused Irish Water of not taking the complaints made by the Hannons and himself seriously and said he is going to raise the long delay the family experienced in getting their water restored with Irish Water at an upcoming workshop between representatives of the utility and Tipperary councillors.