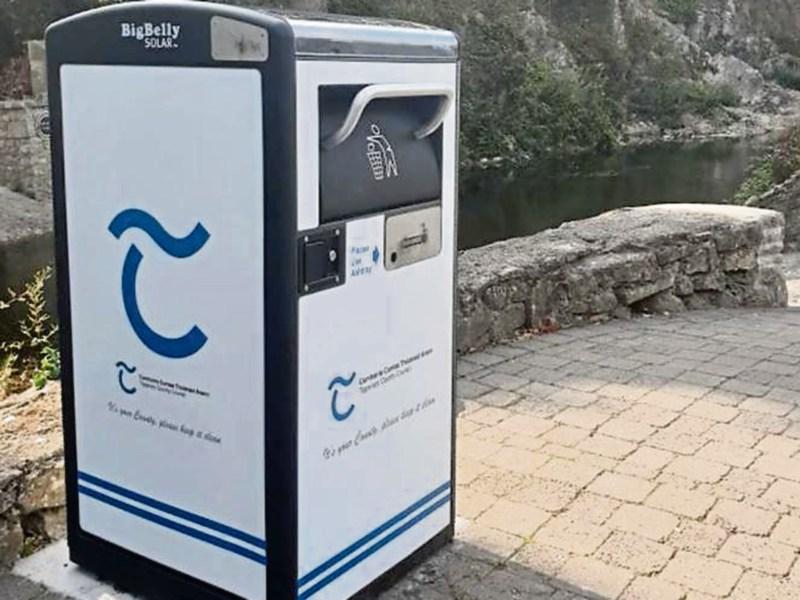 Twelve high tech solar powered rubbish compactor bins will be delivered to the streets of Carrick-on-Suir, Fethard, Mullinahone and Drangan over the next few weeks.

Eight of the so-called “smart” bins will be erected in Carrick-on-Suir, two are going to Fethard while Mullinahone and Drangan are each getting one bin.

Marion O’Neill of Tipperary County Council’s environment department said civil works have been carried out at the locations where the bins will be located and the council is now awaiting delivery of the bins.

She assured Cllrs David Dunne (SF) and Cllr Mark Fitzgerald (FG) at Carrick-on-Suir Municipal District’s monthly meeting  that the bins are sourced from an Irish company based in Cahir.

Ms O’Neill said the council is initially renting the bins for six months after which it  will  review the pilot project. The smart bins compact  rubbish deposited in them and the council will receive an alert from the bins when they are full.